Home Events The Children’s Museum of the East End Raises $200K during its City... 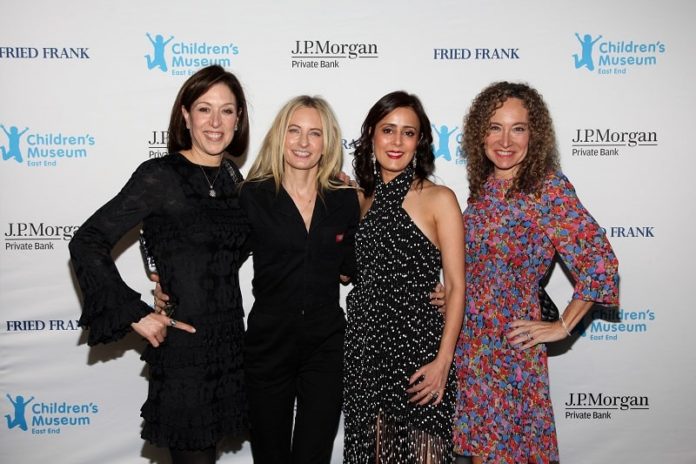 On Tuesday, March 3rd beginning at 6:30pm, the Children’s Museum of the East End (CMEE) celebrated a sold-out City Fête in Manhattan. City Fête is the Museum’s gala fundraiser, which this year successfully raised over $200K.

The generosity of the guests was abundant throughout the night, where event goers had the opportunity to bid on silent auction items. These items included a blue topaz ring and autographed Kobe Bryant photograph and plaque. There was also a live auction with prizes including Elton John concert tickets, and premium seats at a NY Yankees game.

Jennifer Marks, the head of J.P. Morgan Private Bank on Long Island was also on hand to accept the Community Investment Award for the bank’s role in helping CMEE expand its educational outreach, provide financial literacy education to families, and partner with countless non-profits throughout the East End. These include The Retreat, Inc. and the Animal Rescue Fund of the Hamptons (ARF).

The event menu included a buffet of wellness-focused dishes like Asian-inspired appetizers like steamed pork, shrimp, and vegetable dumplings, and a wide variety of passed hors d’oeuvres. For main courses, there was full carving station, grilled fish, steamed vegetables, rice, and much more. There was also an open bar throughout the entire event with signature drinks including rum punches and Cosmopolitans.

Learn more about the Museum’s events and programs throughout the year, as well as how to become a member, CMEE here.

Back in the Game with American Tennis Star Lindsay Davenport

Delivering a Dose of Health to Long Island Hospitals