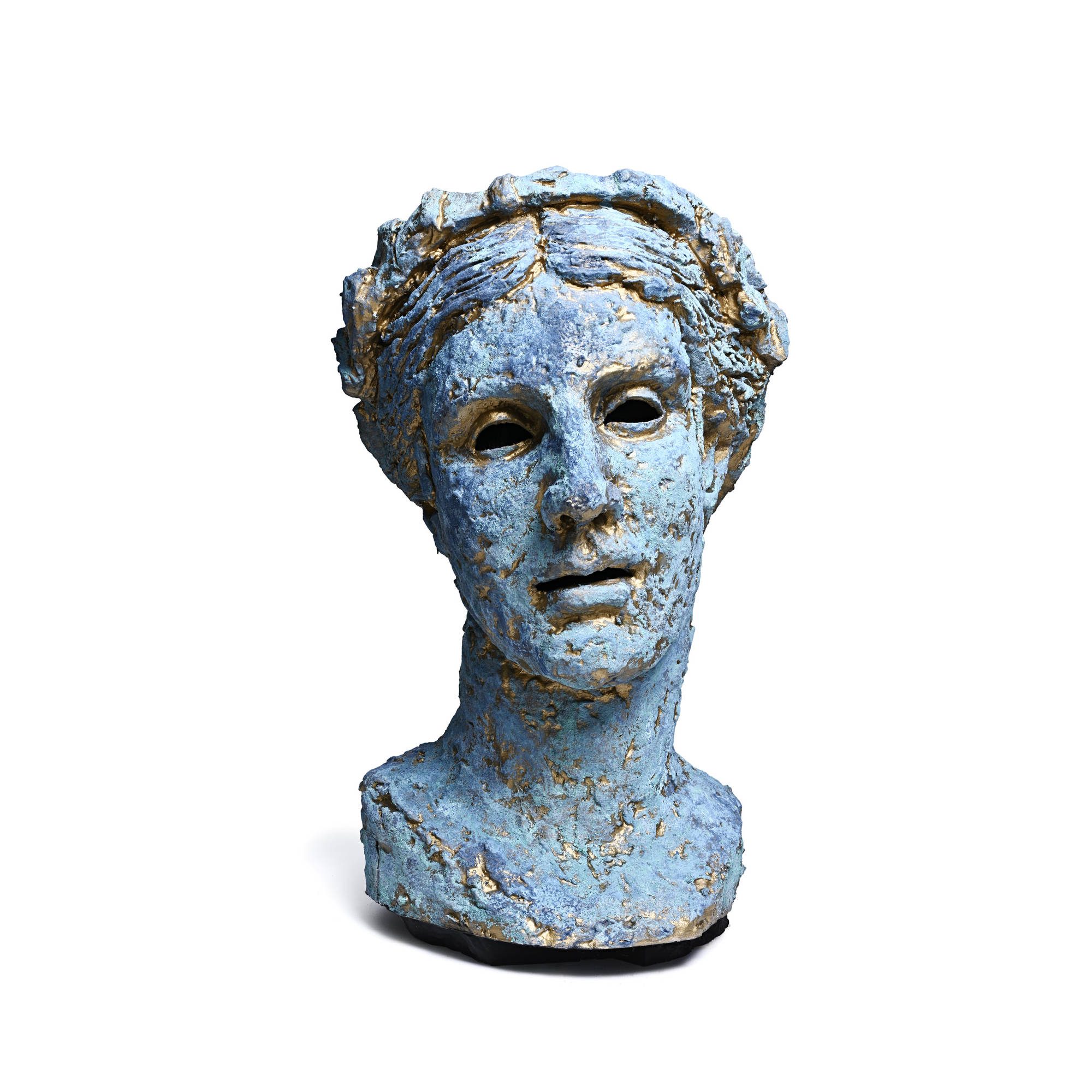 The Muses in Southampton presents the traveling exhibition Hellenic Heads: George Petrides, a solo exhibition of sculptures by international artist, George Petrides. This exhibition will be on view from June 16 to Sept. 5, 2022. Marking the occasion of the centennial of the destruction of Smyrna in 1922 and the bicentennial of the Greek War of Independence, Petrides’s exhibition is a personal exploration into his Greek background, seeking to understand the cultural influences that have shaped him and the people closest to him.

George Petrides, the international sculptor who lives and works in New York City and Athens, Greece, creates abstracted figurative sculpture in sizes ranging from a few inches to more than life-size, combining the timeless with the contemporary.

Born in Athens in 1964 and raised there and in New York, he is steeped in ancient Greek sculpture and the works that were influenced by it (Donatello, Michelangelo, Auguste Rodin, Aristide Maillol, et al.) as well as the 20th-century modernists. He closely follows contemporary figurative sculptors, especially those who reference ancient Greek art, such as Charles Ray and Huma Bhabha.

The Best Pride Desserts in NYC