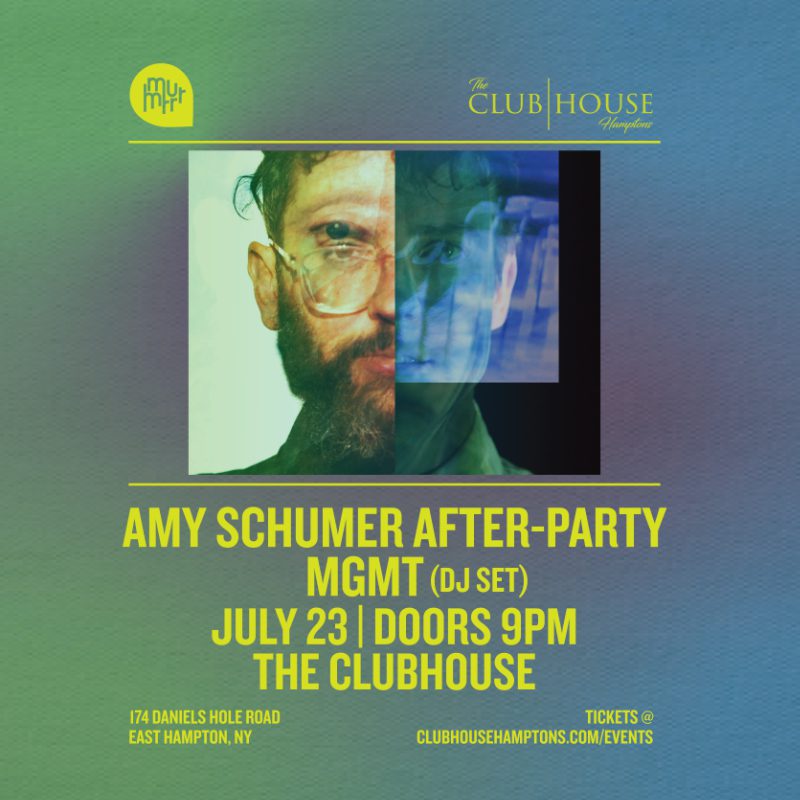 Murrmr and The Clubhouse invite you to an exclusive after-party DJ set by MGMT. Doors open at 9pm!

ABOUT MGMT: MGMT was formed by Ben Goldwasser and Andrew VanWyngarden in 2001 while students at Wesleyan University. MGMT have released four critically acclaimed albums: Oracular Spectacular (2008), Congratulations (2010), MGMT (2013), and Little Dark Age (2018). Oracular Spectacular was named album of the year by NME and was one of Rolling Stone’s top 20 albums of the decade, while selling over 2 million copies worldwide and producing the hits “Time to Pretend,” “Electric Feel,” and “Kids.”

MGMT have received multiple Grammy Award nominations, performed at the Guggenheim Museum, and have played at festivals around the world including Glastonbury, Bonnaroo, Fuji Rock, Lollapalooza and Coachella.  And they like to DJ whenever possible.

PLEASE NOTE: Uber or Drop Off ONLY unless with Amy Schumer Parking Pass