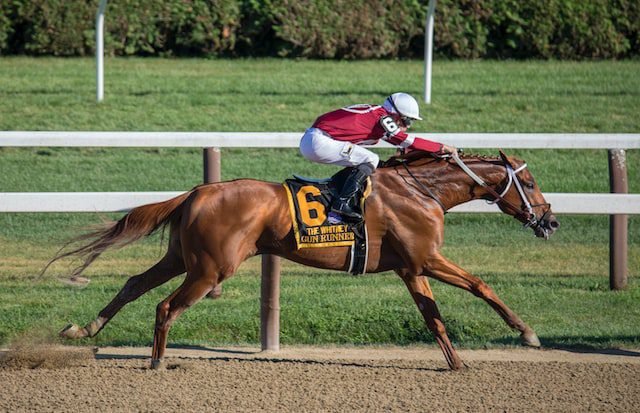 Punchestown is known as the home of Irish Jumps Racing, and the location serves as a host to the annual National Hunt Festival. The festival is held at the end of April, and besides being the culmination of the local hunt season, it also features a total of 12 Grade 1 racing events. All through the season that runs from mid-October to June, Punchestown presents some of the best jumps that can be seen, and the venue actually has the only cross-country banks course in the country. This well-known event is one of the staples of the rich Irish history, and if you’d like to learn more about it, you’ve come to the right place.

The Punchestown Racecourse was established in 1824 at the same location it holds today – in the parish of Eadestown, which belongs to the Irish County Kildare. In 1861, decades after the establishment, the spot was reorganized to be known as the Kildare and National Hunt Steeplechases organisation, and the beginnings were quite humble. To be more precise, on the very first day of the 1868 race meet, only one spectator attended the event. However, after several changes that happened in the same decade, the attendance has come close to almost 40,000 individuals.

Later in 1868, the presence of Albert Edward who was the Prince of Wales at the time did wonders for the popularity of the races. Namely, it is now estimated that around 5,000 visitors were coming by train from Dublin alone. As the tradition continued to grow, we have now reached the point where the annual festival attracts more than 130,000 visitors.

On top of that, the racecourse is also home to several other events that happen every year as well. Even though the venue was closed for a short period of time during the Covid-19 pandemic, it reopened as soon as possible, and the miniature break did nothing to decrease the demand for the place.

The Festival itself is the key horse racing event during the Irish National Hunt Season and usually, it is organized in April of each year. The festival lasts for five days, from Tuesday and Saturday, and many enthusiasts see it as the Irish version of the UK’s famous Cheltenham Festival since both are run in similar ways. Of course, the event is directly focused on the races, and some of the most popular ones are the Champion Chase, the World Series Hurdle, the Champion Hurdle, the Ryanair Novice chase, and the Punchestown Gold Cup.

The spot is also home to the country’s most famous International Three-Day Event which incorporates different horse shows. Additionally, the venue has been the host of the European Eventing Championships twice – in 1991 and in 2003. The hosting tradition was supposed to repeat in 2008, but it was cancelled due to unfortunate problems with the ground.

There has always been a strong passion for sports betting among the Irish, and horse racing is still one of the most popular categories among the locals. Therefore, it is no surprise that the Punchestown racing events stand as one of the main attractions among punters.

Compared to other disciplines present in different sportsbooks, Punchestown betting stands out as a category that brings together the best trainers, horses, jockeys, breeders, and owners in the country that racing enthusiasts. The bettors are particularly interested in predicting the winners. For example, in recent years, the courses have largely been dominated by Willie Mullins who won a total of 14 festival races in 2022, and it will be exciting to see what happens next. On top of that, 2023 is sure to be special since it will be the year of the 200th anniversary of the legendary event.

When it comes to the shape and formation, the two-mile right-handed circuit within the venue is close to being rectangular, thanks to the two straight sections paired with four bends that are placed around 90 degrees. And even though the setting poses a challenge to the contestants’ balance, it is essentially a track made for galloping.

Moreover, each of the circuits contains 11 obstacles – four on the part that follows the winning post, three placed in the backstretch, two waiting for the racer on the run towards home, and the last two just before a run-in, close to a furlong. Even though the setting is not particularly demanding, the fences can be quite problematic for jumping performances.

Additionally, it is important to mention the fact that Punchestown contains the only cross-country bank course in the country, and this section differs significantly from the main course. The track requires the participants to take turns in both directions and overcome a variety of uncommon obstacles including bushes, banks, walls, and birch fences.

Besides the obvious hype for horse racing, Punchestown is also well-known for the variety of music festivals it hosts. The maximum capacity of the venue stands at around 80,000 people, and the place accommodated different festivals including the Ozzfest, the Oxegen, and the Creamfields, to name a few.

When it comes to famous musicians and bands that have already performed on the spot, the list includes stars like Eminem, Bon Jovi, and the iconic Australian band AC/DC. Besides the big names that hold regular performances, music is also a huge component of the Punchestown experience, and big racing events are always accompanied by live music sessions from several different bars and restaurants in the area.

The sessions are now a tradition, and guests can hear plenty of different genres that range from solo singers and small bands to modern DJ stages. All in all, if you decide to come as a visitor, bring your dancing shoes as there is definitely something for everyone’s taste.

Even More Reasons to Visit 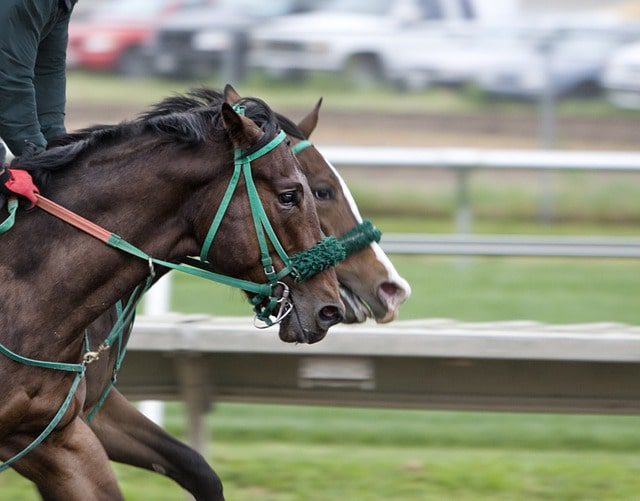 Although the excitement of horse racing is an amazing reason on its own, there are some fun components that make Punchestown even more attractive:

Irish cuisine is well-known for its delicacies, and the spectators who gather around Punchestown races also have a chance to enjoy some incredible meals. During the festival, visitors can pick one of many delicious eateries located on the premises. For example, there is the Foxes Den at the Hunt Stand, the Feedroom Café right at the top of the winner’s enclosure, and the Hay Café placed conveniently on the grandstand’s ground floor. Besides the standard restaurants, there are also many individual exhibitors scattered throughout the area serving mouthwatering treats you should definitely taste. And if you’re really hungry for new experiences, there is even the option named Dine With Champions!

As soon as you arrive at the festival grounds, you will notice the exciting selection of bars where you can meet like-minded enthusiasts over a pint of cold beer or any other beverage you enjoy. There are fourteen different venues in the area, and each of them has its own style and energy, so everyone can find a great spot to relax. For instance, if you’re interested in staying close to the general enclosure and the viewing terrace, you should visit one of the spots placed conveniently on the first floor of the grandstand. Getting a table in one of the places like Bud Sports Lounge, Loft Bar or the Archive Bar can give you incredible views of the parade ring.

However, if you are more interested in the reserved enclosure, you should get a seat at the Bollinger Lounge which is the official centre of all fashion-related activities at the event’s Style Quarter. As for the main social hubs, the famous Sky Bar is not to be missed.

First and foremost, if you decide to pay a visit to the races, you should know that the organizers do not require a particular dress code. However, choosing smarter wear is considered the norm, at least in the hospitality pavilions, and many visitors opt for suits. When it comes to buying festival tickets, there are several options you can go for, depending on your budget and the level of interest in the races.

For example, a general admission ticket price starts at €30, while a whole dining package costs at least €149. However, if you’re looking to make your attendance a tradition, you can also invest in recurring membership which will give you access to all seventeen fixtures at the venue itself, as well as more than 50 additional meets that happen in different parts of Ireland and the UK. Members are also treated with extra perks like certain complimentary tickets and sports in the members’ car park.

Punchestown races are a real treat for every horse racing enthusiast, and the place traditionally gathers fans from different parts of the surrounding area. However, even if you are not that much into horse racing, paying a visit to the Punchestown festival promises great fun full of amazing experiences enriched with incredible music, food, and drinks.