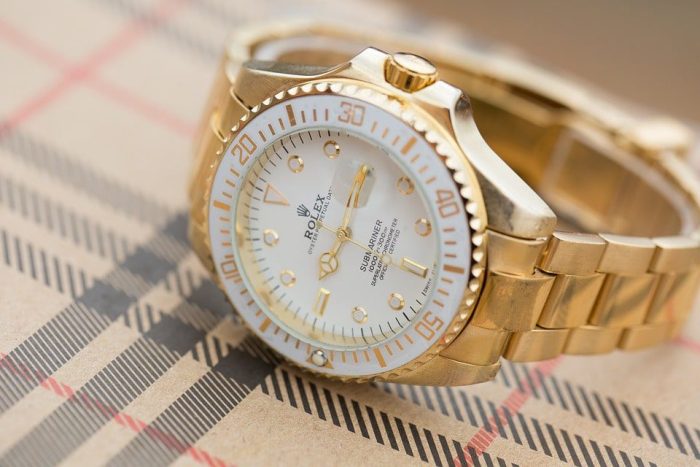 Rolex is a brand that is synonymous with luxury, class and sophistication. Rolex has dominated the luxury watch market for over 100 years. So how has the Swiss brand managed this and for such a long period of time? This article will take a closer look at Rolex and provide insight into the remarkable long-term success of the watchmaker.

Gap in the Market

Like most successful businesses, the success of Rolex came from a gap in the market. German-born Hans Wilsdorf and his brother-in-law, Alfred Davis, established a company in 1905 that imported Swiss movements that were installed in British cases and sold to jewellers that would sell them as their own. Seeing the potential for high levels of success in an industry on the rise, Wilsdorf secured the brand name Rolex in 1908.

The key to success for Rolex early on was precision. Technical innovations ensured that Rolex became the first wristwatch to carry the Swiss Certificate of Chronometric Precision provided by the Official Watch Rating Centre in Bienne, Switzerland. This was in 1910 and the increase in sales saw Wilsdorf receive a Class A Precision Certificate from the Kew Observatory in 1914. This made the watch highly appealing to the British market. The British Market knew the role that precision timekeeping played in the British Empire conquering the seas.

Of course, design has played a major role in the success of Rolex over the years. The brand has constantly refined and improved the design to appeal to a contemporary audience over the years to ensure that they always stay current and popular.

Much like any successful business, marketing has also played a massive role in the success of Rolex. Early on, Wilsdorf capitalised on the obsessions with record-breaking in the 20th century and ensured that many record-breakers were wearing a Rolex when they achieved their success. This included Mercedes Gleitze wearing an Oyster when she swam the English Channel in under 10 hours. Other notable examples include a Rolex being worn on the first successful summit of Mt Everest in 1953 and a Rolex descending to the bottom of the Mariana Trench in 1960.

In more recent times, Rolex has used the power of celebrity to promote its products. A few notable brand ambassadors have included Jackie Stewart, Michael Bublé, Tiger Woods and, most famously, Roger Federer. This has helped the brand to preserve its luxury image and it is why so many people consider investing in a Rolex watch.

The Rolex story is a fascinating one. It is impressive how the watchmaker has dominated the market for so long. This was achieved through identifying a gap in the market, technical innovation, design refinement and clever marketing strategies. Any business could learn from studying the history of this iconic brand.