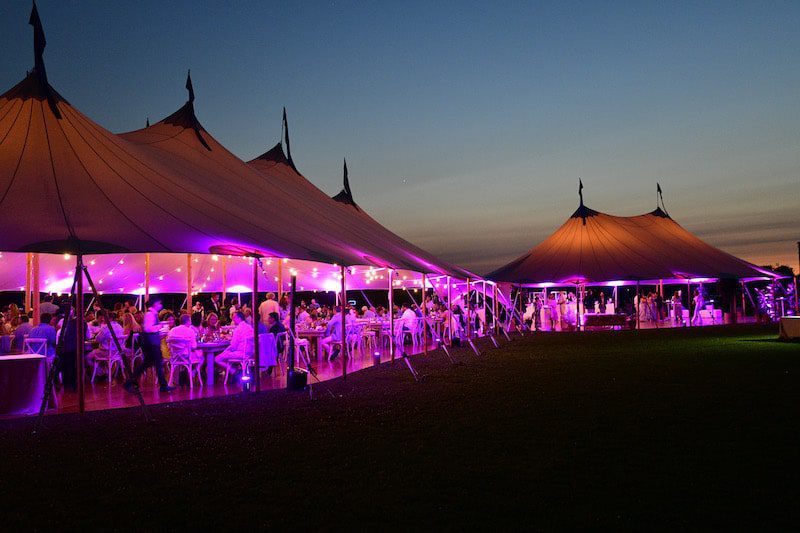 On Saturday, July 31st, Daryl and Irwin Simon hosted the second Alzheimer’s Association Fork It Alzheimer’s farm-to-fork reception and dinner at a private estate in Bridgehampton.

The event raised more than $760,000 to fund critical Alzheimer’s Association care, support and research programs and brought awareness to Alzheimer’s. Alzheimer’s is a disease that affects more than 6 million Americans and more than 11 million caregivers. 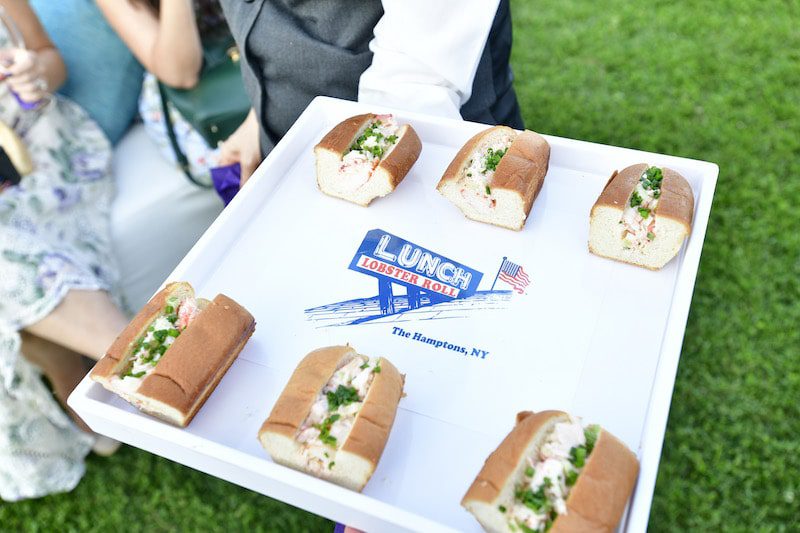 “We were happy to support our partner, Irwin Simon, and share our iconic Hamptons lobster rolls with the generous and vivacious group of attendees at Fork It Alzheimer’s, and proud to be served alongside such a stellar menu of local community purveyors,” says Andrea Anthony, co-owner of The Lobster Roll – LUNCH.

The picturesque setting overlooked acres of vast farmland provided the perfect summery backdrop for the event. 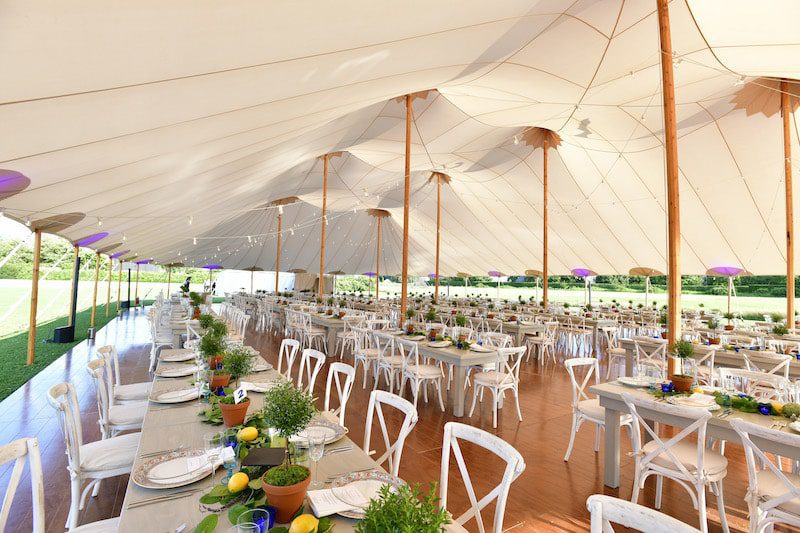 After cocktail hour, guests made their way to a large Sperry tent topped with purple flags. Purple is the color of the Alzheimer’s movement. Guests were seated for a farm-to-fork, family-style dinner that utilized locally-sourced ingredients from community purveyors. Long, farm-style dinner tables with Mediterranean decor provided by Marders and upbeat music made for a fun, lively atmosphere. 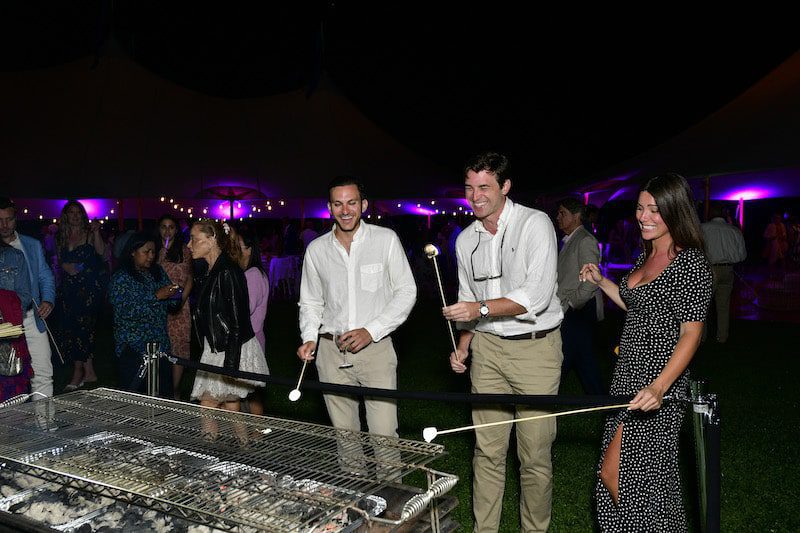 CNBC’s Frank Holland emceed the event and thanked the “powerhouse hosts” for “making an incredible difference in the battle against Alzheimer’s.” After the disease personally affected both of their families, Fork It Alzheimer’s event Founders and Chairs, Daryl and Irwin Simon made it their mission to help fight Alzheimer’s and dementia.

In remarks, Daryl welcomed guests and spoke about the importance of coming together as a community to make a difference. She also touched upon the inspiration she receives from the next generation of leaders that is “taking the reins and making the cause their own.” She further pledged that, “together, we will fight for a world without Alzheimer’s.”

“Alzheimer’s is a disease that has touched our family deeply. It is greatly important to us to bring together our community to raise awareness and funds for the Alzheimer’s Association. We are thrilled to have doubled the funds raised from the first Fork It Alzheimer’s event and look forward to the impact it will make in research and in our community,” exclaims Daryl and Irwin Simon in a joint statement.

“I hope that sharing my story shines a light on the devastating effects of early-onset Alzheimer’s and shows that Alzheimer’s impacts individuals of all ages. My funny, fearless, outgoing, gorgeous, superstar mom, Jacki, recently passed away at age 61 after a heartbreaking seven year battle with the disease. I dream of a day when Alzheimer’s no longer robs us of our loved ones,” says Florin.

The evening, which coincided with Irwin Simon’s birthday, also included a lively fund-a-need moment where the Simon children, Nicolette, Lucas, Trevor and Garett rallied attendees to donate to the cause.

Funds raised through Fork It Alzheimer’s will directly support the Alzheimer’s Association’s research program. It will also support local efforts of the New York City and Long Island Chapters of the Association.

Private Dining in the Hamptons and on the North Fork