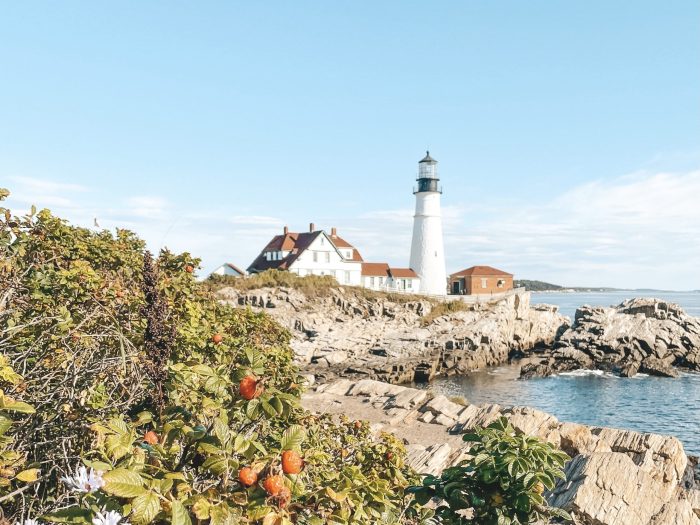 Travelers who love fresh seafood, rocky coastlines, pumpkin-flavored everything, craft beer, historic cities, and gorgeous fall foliage will adore visiting Portland, Maine in New England—especially during the autumn months. If you’re visiting Portland in the fall, try a few of these autumn activities recommend from Brittany of Travel by Brit.

Memorable Things to Do in Portland, Maine in the Fall 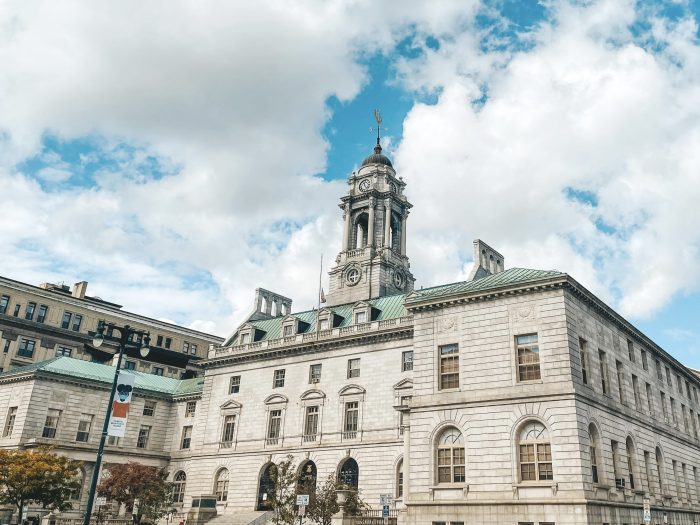 Keep reading to learn about all the best things to do in Portland, Maine during the fall, including a craft beer tour, whale watching tour, day trip to see fall foliage in Acadia National Park, apple picking, and more! Portland also makes for the perfect day trip destination from Boston as the cities are just under two hours apart from one another.

Pumpkin Beer at a Local Brewery 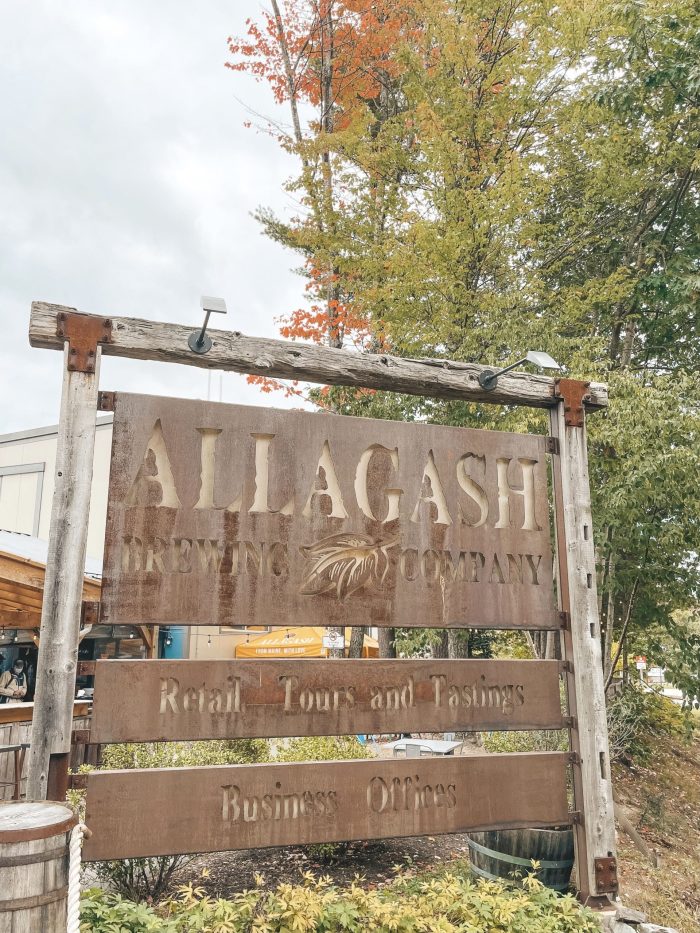 Whale watching season in Portland, Maine, lasts from May until October. Visitors who plan an early fall trip may have the opportunity to spot humpback whales, pilot whales, and finback whales before they migrate south for winter.

Odyssey Whale Watch is one of the best tour operators for whale watching in Portland, Maine. Their prices are super reasonable—only $65 per adult on the main deck and $85 per adult on the upper deck—for a four-hour boat ride.

Fall-Flavored Donuts from The Holy Donut 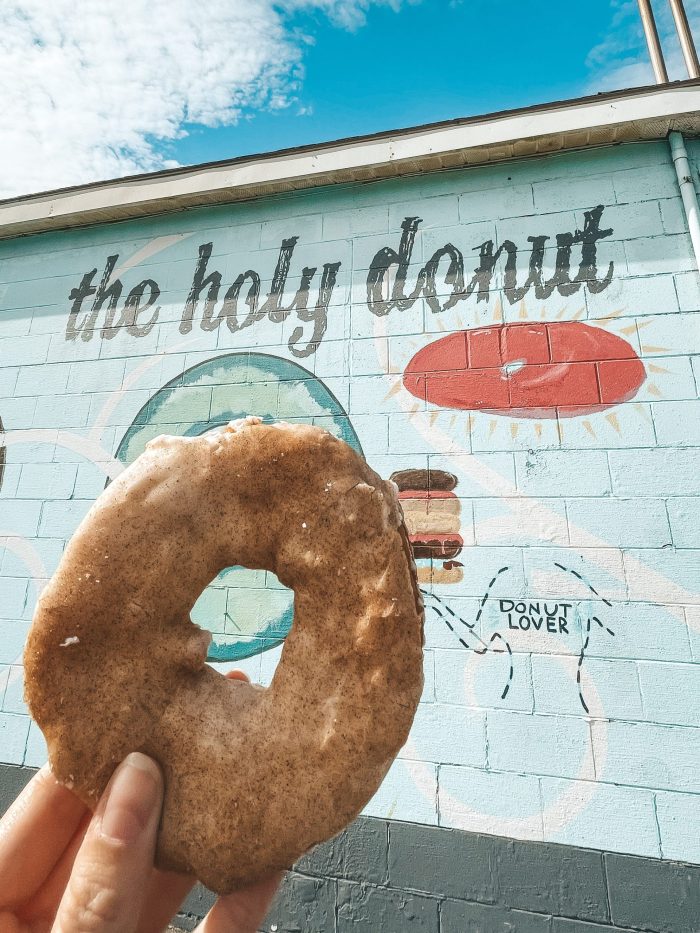 The Holy Donut is a local chain in Portland, Maine, known for its potato donuts (which are so tasty!) However, visiting in the fall is especially spectacular because The Holy Donut offers seasonal donuts that are hard to pass up.

Try a Pumpkin Spice Donut (featuring Shipyard Pumpkinhead Ale), Caramel Apple Donut, Apple Cider Donut, or Apple Cinnamon Sugar Donut. These flavors are sure to get anyone in the fall spirit and may even find them coming back for a second (or third… or fourth). 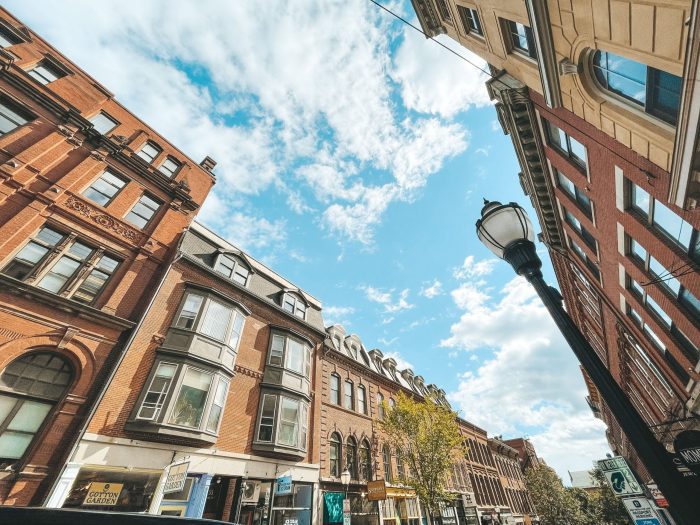 Portland is a foodie city (at all times of the year), but the cool fall weather offers the perfect time to stroll around and sample the city’s delicacies without the summer tourist crowds.

The Old Port Culinary Walking Tour is one of many food tours visitors can embark on while visiting Portland, Maine. This tour includes a walking tour through the shops, restaurants, and bars in Old Port, where participants will be able to stop at six local eateries to sample a lobster roll, seafood chowder, and other Maine-inspired goodies.

There’s nothing that feels more like fall than apple picking, right? Fortunately, there are several places to go apple picking just outside of Portland where visitors can get their fill of crisp apples and apple-flavored treats, like pies, ciders, and donuts!

Orchard Ridge Farm is a popular spot for apple picking, just a short half-hour drive from the city. Here, visitors can find Honeycrisp, Enterprise, Crimson Gold, and other variations of apples. Another popular spot for apple picking is Thompson’s Orchards, also over a half-hour drive from Portland. They offer over 15 varieties of u-pick apples, including Red

Delicious, Golden Delicious, and Honeycrisp, and they also have a bakery where they sell bread, pies, donuts, cookies, and more.

Even though the fall foliage in Portland is gorgeous, the leaves and breathtaking views in Acadia National Park will give them a run for their money! Acadia National Park is just a short three-hour drive from Portland, and it’s worth a day trip (or weekend trip) while spending a few fall days in the city.

While in Acadia National Park, don’t miss the chance to go on a scenic fall hike, like Jordan Pond Loop, Beehive Trail, or Precipice Trail. Visitors can also drive to the top of Cadillac Mountain to catch the first sunrise in the United States! Before leaving, spend some time exploring Bar Harbor, the town outside Acadia National Park, where visitors will find many shops, eateries, and other local attractions.

While many people know to explore Fort Williams Park, Old Port, and Casco Bay while visiting Portland, the Eastern Promenade falls under the radar—but it shouldn’t! This gorgeous area is a short walk from Downtown Portland and is a stunning spot for a sunset stroll. The sailboats lining the harbor and the fall leaves are a beautiful sight to behold.

Portland, Maine, has many indoor museums to explore in case of a rare (but possible) rainy day while in the city.

The Portland Museum of Art showcases 18,000+ pieces of Contemporary, American, and European artwork that will delight any art lover. Victoria Mansion offers guests an “up close” look at striking Italian Villa architecture, and the Portland Observatory is a great place to learn about the city’s unique maritime history.

Fall in Love with Portland This Autumn

It’s easy to see why Portland, Maine, is such a popular destination during the fall (and at all times of the year).

With so many fall-themed activities and treats, like apple picking, pumpkin beer, and seasonal donuts, it’s easy to “fall in love” with Portland during autumn. Plus, Portland has something for everyone—avid hikers, foodies, and history lovers alike will find something they enjoy in Portland, Maine, during the fall!

Most Beautiful Towns in Virginia

The Perfect Day Trip to Temecula Valley in California