Home Food And Drink A Comprehensive Guide to American Whiskey

Whiskey has evolved and flourished in the United States throughout its history. The journey of American fascination for whiskey began with its origin and has witnessed remarkable milestones. Revenue in the whiskey segment amounted to US$18.78bn in 2022, with estimated annual market growth of 6.77%. This article explores some of the fascinating facts about whiskey in the context of American history.

Although the earliest records of whiskey production date back to 1495 Scotland, the American Whiskey was first brewed as a rye-based product in 1791. Its development can be traced back to the states of Virginia, Maryland and Pennsylvania. The venture promised more revenue; therefore, the then-in-office president tried to tax it but faced blatant opposition. This came to be known as the “Whiskey Rebellion” later. 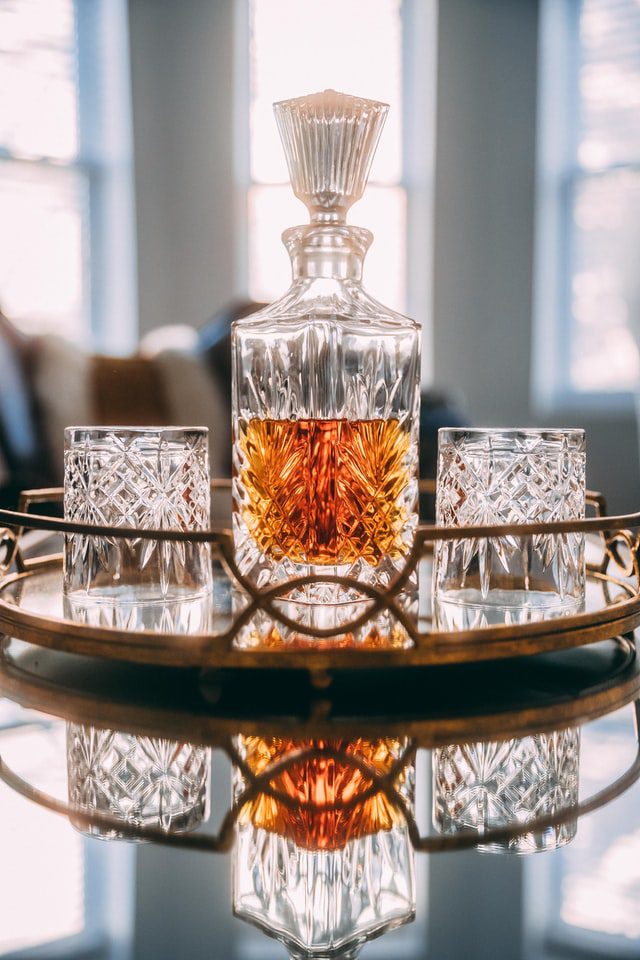 Irish settlers in the hilly states of Tennessee and Kentucky were the first people to start making American whiskey. The availability of the required resources and raw materials in such states made whiskey production very straightforward. Whiskey’s primary constituent, corn, was also widely available.

Around 1830, the two common brands of sour mash and bourbon were created in the history of American whiskey. Despite delivering a variety of flavors and experiences, each of these brands carved out a solid niche for itself.

The Age of Rectified Whiskey

America saw an upsurge in whiskey consumption during the 19th century. Whiskey was transported in oak casks to improve the flavor and mellow the spirit, developing a preference for clear, unaged whiskey among consumers. However, it was important to age whiskey in the cask before selling it. To maximize profits, merchants started selling unaged spirits with the added flavor of aged whiskey. Many people become ill because of toxic alcohol.

During the Civil War 1860s, the federal government needed money to finance the war and therefore placed a tax on distilled alcohol on August 1st, 1862. Distillers did not want to pay the tax; thus, “bonded warehouses” were created as a workaround. After the spirit had aged for a year, a tax gauger inspected the “bonded” rickhouse, determined the appropriate tax to be collected, and stamped the casks for which the tax was paid.

In the final years of the 19th century, the purity of the spirits received even more assistance. The statute governing bonded warehouses was changed in 1879 to extend the aging term to three years. The introduction of machinery later enabled the storage of whiskey in bottles, which was seen as a mark of its purity.

Despite the implementation of these restrictions, rectifiers continued to market toxic spirits. The Bottled in Bond Act of 1897 was led by a group of professional distillers. This was the first consumer protection law passed in the United States. According to this regulation, bourbons marked “Bottled in Bond” had to be distilled in a single six-month season, matured for at least four years, and bottled at 50 ABV (100 percent), with only water added to alter strength. The distillery where the product was made and packaged was listed on the bottle’s label to let the consumer know where their product was made. These regulations went through a series of revisions in the coming years.

These regulations continue to apply today and have the same significance as they had more than a century ago. Whiskeys bottled in Bond are identified by their Distilled Spirits Plant (DSP) numbers. These bottles can be traced back to their particular production and are subject to strict regulations. Whiskey sealed in a Bond bottle is of the greatest quality, exceeds all government regulations, and harkens to the long tradition of American whiskey.

Undoubtedly whiskey plays an important role in the history of American culture. Its journey is also a reflection of the past with milestones that revolutionized the whiskey industry.

Where to Find the Best Lobster Rolls Across Connecticut

Summer Entertaining Essentials for Everyone

8 Tips To Help You Find The Top Gambling Site

Tips to Get the Most Out of Whale Watching LA