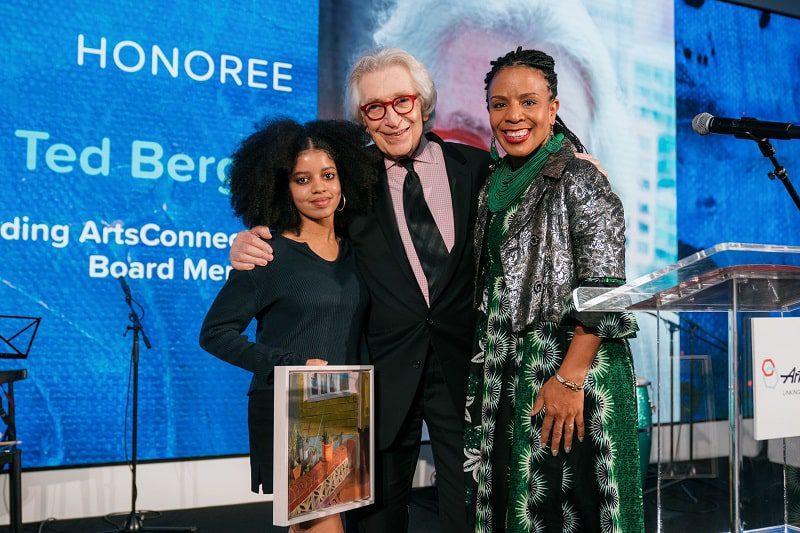 On Wednesday, September 21st, 240 guests from arts, entertainment, politics and NYC society circles attended the Back to School ArtsConnection Gala at IAC, 555 West 18th Street in New York City. Over $530,000 was raised that evening.

The ArtsConnection Gala was styled by acclaimed event designer and ArtsConnection Board Member David Monn and was produced by Bee Season Productions.

The 2022 Gala was hosted by stage and screen star Seth Gilliam (The Walking Dead, The Wire) and honored the esteemed champion of the arts, artists, and arts-in-education, Ted Berger, presented by Laurie Cumbo, Commissioner of the NYC Department of Cultural Affairs.

Mr. Berger is an inaugural board member of ArtsConnection, has served on numerous non-profit boards, and has helped to create many national and local initiatives serving artists and arts-in-education.

Commissioner Laurie Cumbo gave heartfelt remarks honoring Ted Berger. She spoke about how she went to the New York Foundation for the Arts as a graduate student, with a thesis and a dream, but without a 501(c)(3) to seek a fiscal sponsor to begin, she was concerned about what would eventually become MOCADA. They turned her down, but she persisted, and they told her to go see Ted, the Executive Director. He took a chance on her and her idea.

Click here to learn more about ArtsConnection and future events.

Click here to make a donation. Donations to ArtsConnection support and go towards art materials, tech hardware and software, the salaries of teaching artists, seminar courses, and more.

What Are Some of the Best-Selling Gifts for Valentine’s Day?

How To Add A More Personal Touch To Your Wedding