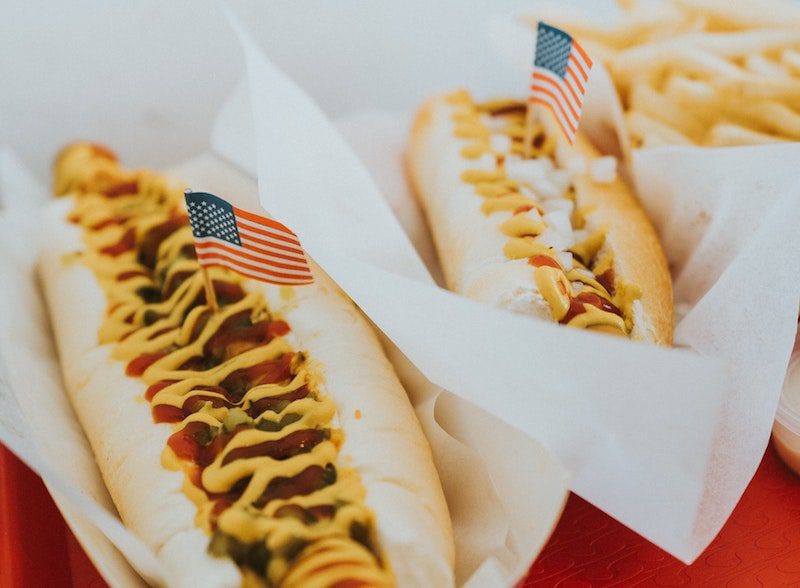 There are many superb restaurants to visit in Connecticut while celebrating July 4th weekend. Nonetheless, some stand out more than others due to key features that make them just right for the occasion. Here are our top five selections for celebrating the Fourth of July.

When the first settlers and Founding Fathers arrived in America, chances are their primary source of red meat was from bison, not cows. Commercial farming was just beginning in America, but millions of bison roamed the prairies until the late 1800’s when the advancement of the railroad system made it so easy to ship hides and meat to buyers that the species was hunted almost to extinction. For these reasons, it can be argues that nothing is more authentically American than bison.

Ted’s Montana Grill in South Windsor, CT offers a classic within a classic by offering their menu of delicious bison burgers. 860-648-1100

What is more classically American than a cheeseburger and french fries? Plan B Burger Bar offers an expanded burger menu with intriguing toppings as well as other American classics like nachos, shepherd’s pie, fish and chips, and more. They also have an outstanding selection of two other American favorites that begin with the letter “B” – Bourbon and beer. You can find Plan B in Glastonbury, Simsbury, Milford, Southington, and West Hartford, CT. West Hartford: 860-231-1199

It doesn’t get more American than New York City and nothing brings NYC to mind like a good deli. Pastrami on Wry in Manchester, CT serves NY Style deli favorites such as meatball grinders, pastrami sandwiches, Reubens or Rachels, and more. Celebrating with a picnic or on the way to a fireworks show? Pastrami on Wry also offers takeout. 860-783-8550

21 Oak in Manchester CT was actually founded on July 4th 2015! This chef-owned restaurant is 100% vegetarian and offers smoothies, wraps, sandwiches and small plates in addition to entrees inspired from around the world such as coconut curry tofu, vegetable alfredo, eggplant parmesan, and a country-style dinner. 860-533-9218

The Cosmic Omelet in Manchester, CT offers breakfast, brunch, and lunch in a eclectic, funky space. Some have gone so far as to call the restaurant “egg-centric”. Supporting local is decidedly patriotic, and this restaurant features an ever rotating gallery of works by local artists. The omelets themselves are also a work of art with dozens of flavor combinations to choose from. 860-645-1864

Most Beautiful Towns in Maine