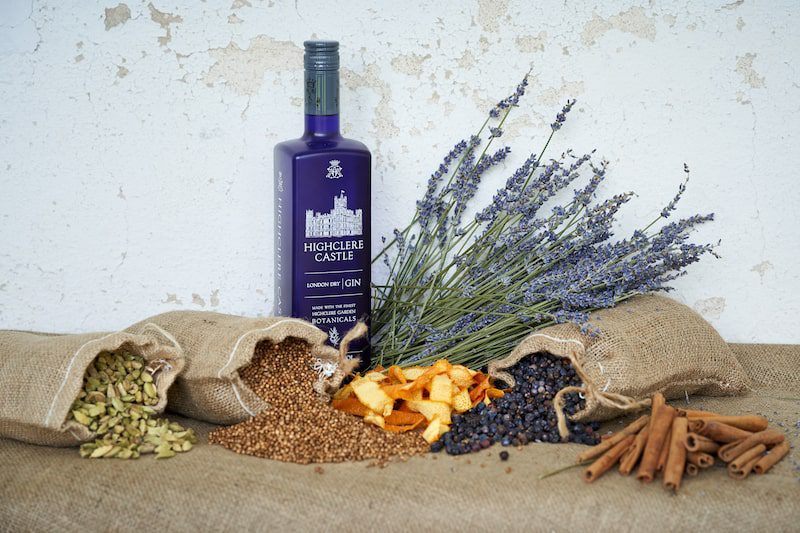 Elegant, classy and certainly delicious, Highclere Castle Gin is being launched in The Hamptons this summer.

Highclere is a grand, gothic castle located in the heart of England. It is steadily achieving international renown with products like gin becoming highly sought after. There is even a Highclere Butlers cocktail book explaining how to make the most desired cocktails on offer at the castle.

But to millions of people, the castle is instantly recognizable as Downton Abbey. Highclere Castle has been used as the setting for every program in the long running series.

Yet the castle’s international links go back even further. This is the stately home of Lord & Lady Carnarvon. Back in the 1920’s, the fifth Earl of Carnarvon came to prominence as the financial backer of archaeologist Howard Carter’s discovery of the tomb of Tutenkhamun. Carnarvon accompanied Carter when that tomb entrance was first breached, revealing the incredible treasures within.

Memories of that amazing day, along with artifacts from earlier Egyptian excavations funded by Lord Carnarvon, are now on display at Highclere Castle. Touring the exhibition forms a crucial part of every visitor’s experience of Highclere. The environment is particularly atmospheric just like Tutenkhamun’s tomb; it is underground, based in the castle cellars. 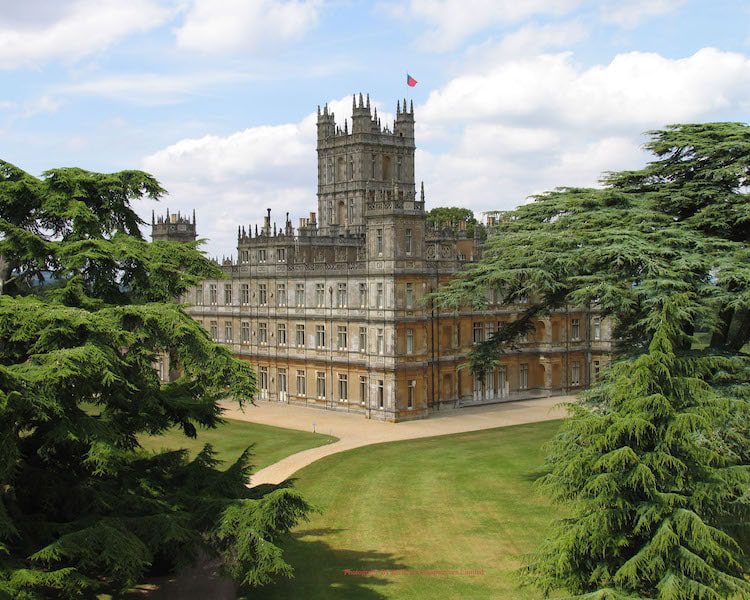 Connections to the Entertainment Industry

Visiting Highclere is a step into the past, and into television since the state rooms and some of the bedrooms were used in the Downton Abbey filming.

There are special events held regularly. This includes a 1920’s session in which visitors are encouraged to come dressed as their favorite Downton Abbey character.

Apart from trying to visualize themselves in their favorite scenes in the various rooms, they can learn to dance the Charleston and take part in other 1920’s themed activities. Naturally, there are lots of opportunities to try the Highclere Gin and enjoy Highclere food.

Lady Carnarvon even runs her own podcast once a month, sharing anecdotes and stories from the ‘real’ Downton Abbey. Episode 12 focuses on the work of Luis, the Butler. Luis Coelho is Highclere’s very own ‘Carson’ who enjoys demonstrating his mixology skills on public open days at Highclere – naturally using Highclere’s own gin.

The History of Highclere Gin

Drinking a cocktail at Highclere has always been trendy. The Carnarvon family archives have revealed numerous menus and letters referring to gin cocktails being served at the castle since the early 1900’s. The most traditional is a classic martini. This ‘Highclere Style’ involves a mix of gin, tonic, a squeeze of fresh orange and peel, plus the addition of a sprig of rosemary from the castle garden.

The key ingredient is Highclere Castle Gin. The liquor is produced within England’s oldest gin distillery using a copper still dating back to the 1800’s. The recipe took two years to develop. During this time, Lord and Lady Carnarvon experimented with the numerous botanicals grown on the Highclere estate. Juniper has grown wild on the estate since the Roman times.

The final recipe includes lavender from the Monks Garden around Highclere Castle, lime flower, and orange peel plus estate grown oats cultivated on the high chalk downlands of Highclere Farm. The result is a very creamy, delicious gin which evokes the very essence of Highclere with its 1920’s connotations, as does its elegant blue bottle embossed with the image of Highclere Castle.

You could imagine the fifth Earl and his wife happily drinking it, likewise the characters in Downton Abbey! Not surprisingly, the series has won numerous gold awards including the 2020 World Spirits Award.

Americans have been enjoying it for generations as it is sold in 26 states including New York, and now the Hamptons! Highclere Castle Gin is distributed by Tri-Vin Imports, and Elmira Distributing in New York. Shipping options are available to the North and South Forks of Long Island.