Home Travel How a UK Gin Company Reinvented the Puss and Mew Machine During... 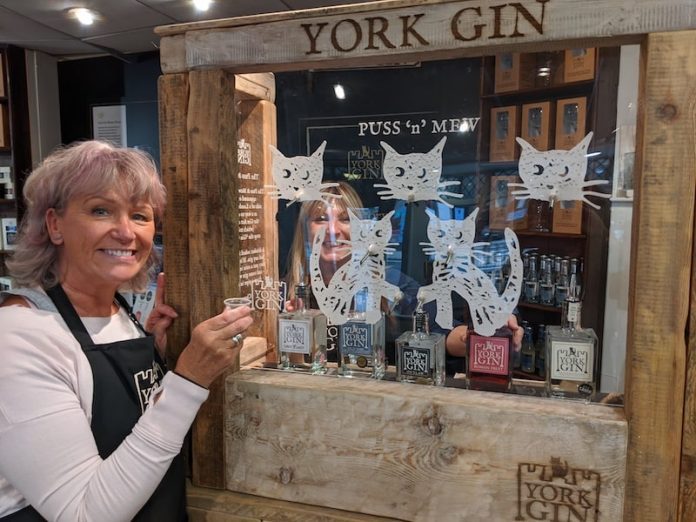 Past inspiration is providing innovative ways of serving alcohol during a pandemic. Traditional Italian wine doors are being reopened, and a gin company has unveiled a new version of Puss and Mew.

The History of Italian Wine Doors

Back in the 1630’s, small wine windows helped fight an outbreak of bubonic plague in Florence. Known as buchrette del vino, the windows were just big enough for a glass of wine to pass through, minimizing contact with customers. Sellers would use vinegar to sterilize the coins given in payment.

The windows had originally been created over a hundred years earlier to allow wealthy wine merchants to dodge taxes and sell direct from their homes.

Over the centuries, the windows were used less and less. That is, until the pandemic struck this year.

Several Florentine restaurants housed in buildings with a traditional wine window simply reopened them to sell wine to the public. Some also sell cappuccinos and gelato. 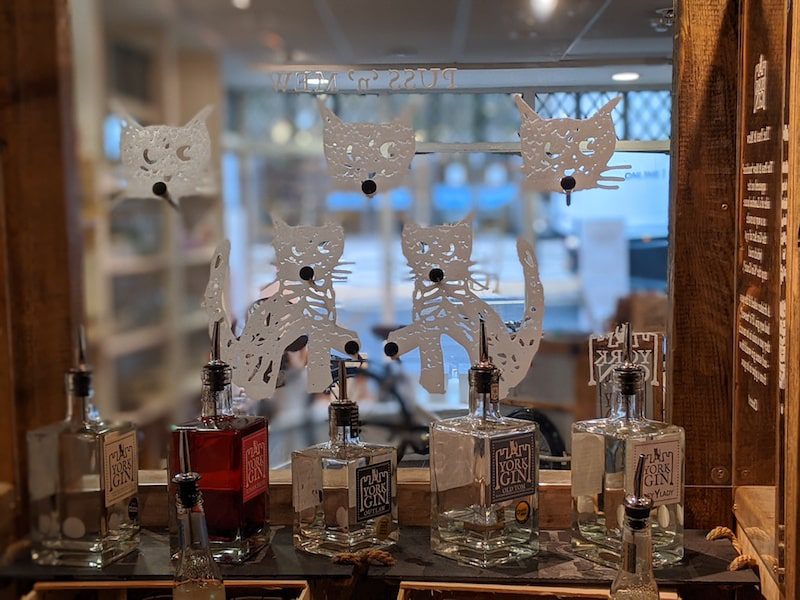 Over in England, an enterprising gin company has also taken inspiration from the past.  York Gin had been considering reinventing an old custom as a marketing technique in its store. The arrival of COVID-19 prompted swift action.

Like the wine windows of Florence, Puss & Mew started out as a reaction against high taxes. In the eighteenth century streets of London, gin was definitely the drink of choice. It was cheap and poorer people drank it in vast quantities.

Contemporary social commentators blamed gin for all kinds of social evils from child abuse to crime and prostitution. The Government imposed the Gin Act of 1736. This made it illegal to sell gin in quantities of less than two gallons. 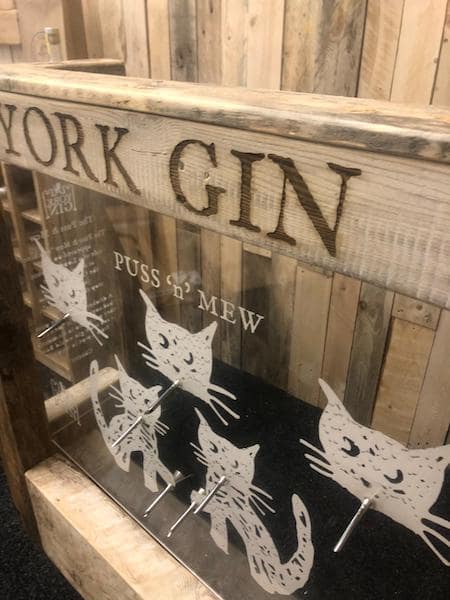 An entrepreneurial businessman named Dudley Bradstreet noticed a loophole in the law to avoid fines and having to pay a hefty license fee. He placed a wooden plaque bearing the image of a cat over a window. Then, he created a hole in the cat’s mouth and a funnel under the raised paw.

People asked if ‘puss’ had any gin, and if it ‘mewed’ dropped a coin in the cat’s mouth, and gin was poured through the paw. Within only a few months, Dudley Bradstreet method was being copied all over London and he was making lots of money.

Emma Godivala of York Gin says, “We had been toying with the idea of creating a Puss ‘n’ Mew machine. But until the pandemic struck we had been juggling to find a practical use for it.”

“Our Perspex version is designed to let customers sample any of our five gins in a safe environment. A shop assistant pours the gin down a tube through a hole in the cat adorned Perspex glass, and into the customer’s disposable cup. This means that both customers and staff can socially distance while discussing the gins.”

“Customers lover the revamped Puss ‘n’ Mew. They adore the fact that we have been inspired by gin’s murky and disreputable past to create a machine that makes gin tasting during the pandemic safe and enjoyable”.