Whether you are going on a Munich to Prague train (or any other) and enjoying the European scenery, you will surely come across different churches across the landscape. And this frequency is how it is across the world. Religion and having faith in a higher being soothes the soul. One of man’s many ways of honoring the higher being we staunchly believe in is through the effort we put into building worship houses. And these efforts sometimes create grace and give birth to impressive architectural masterpieces.

Below, we bring to you some of the most impressive houses of worship across the world. 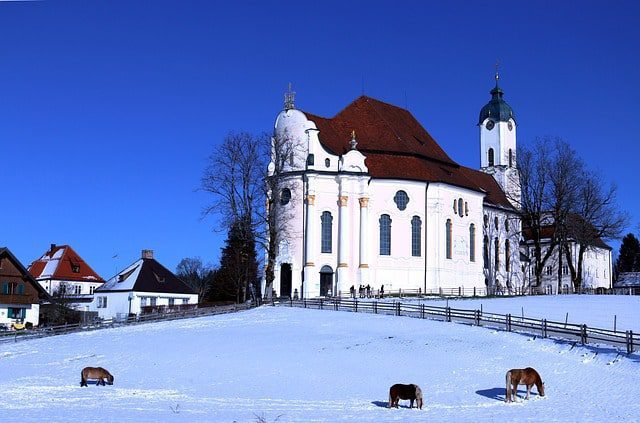 The Church of Wies is a vibrant and flamboyant place of worship in Germanchy. Situated in an Alpine valley, the church is one of the masterpieces of Bavarian rococo. Due to its remarkable rococo style, the oval, impressive church is also listed as a UNESCO world heritage site. When people noticed tears on an abandoned, damaged statue of Jesus in 1738, it sparked a pilgrimage rush, which led to the start of the church’s construction. After a tiny chapel was constructed, a larger church was required to accommodate the increased number of pilgrims.

The Church of Wies was built over the course of nine years beginning in 1745, with its interior featuring frescoes and stucco work to create an ethereal and celestial impression. Despite the church’s austere exterior, the sculpture inside and around it worked in concert with the murals to reveal the divinity that the building embodies. Presently, testimonies that prayers were granted, and illnesses cured further draw Christians and tourists. 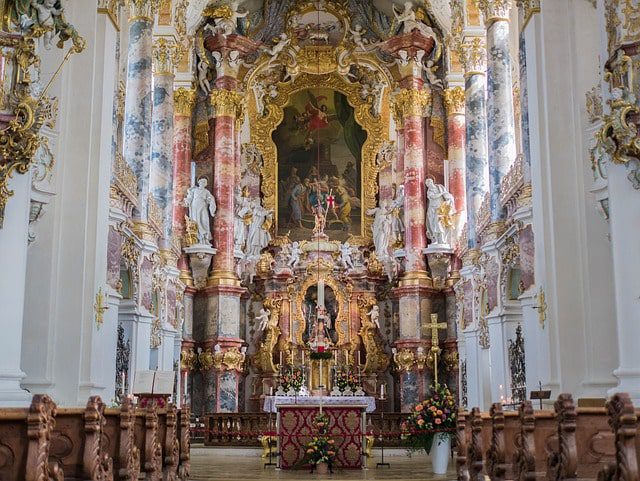 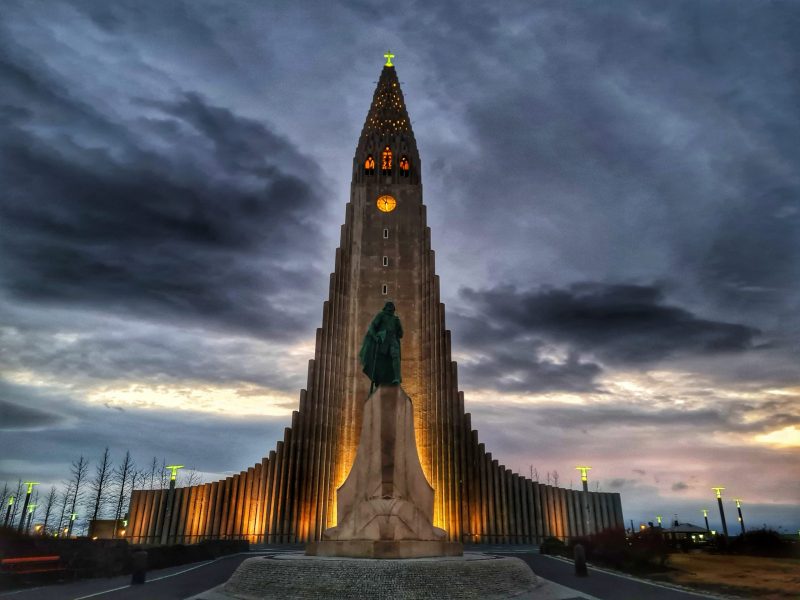 Hallgrimskirkja, a 244-foot-tall Lutheran parish church famous for its unusually curving spire and side wings, is the largest church in Iceland and one of the largest buildings in the entire nation. You should visit this church if you ever take a Scandinavia trip. It is named in honor of Hallgrimur Petursson, a cleric who wrote the hymn collection, Hymns of Passion, in the seventeenth century. It is situated on a mountaintop, which adds to its majestic appearance, and was designed by a prominent state architect to capture and resemble the glaciers. The construction of the structure reportedly lasted 41 years.

Reykjavik and the mountains nearby can be seen from the church tower, which also serves as an observation tower. The church’s structure is divided into three sections. The tower has a characteristic curved shape and is also home to service facilities, a nave, and a Viking helmet-inspired sanctuary at the end of the nave. 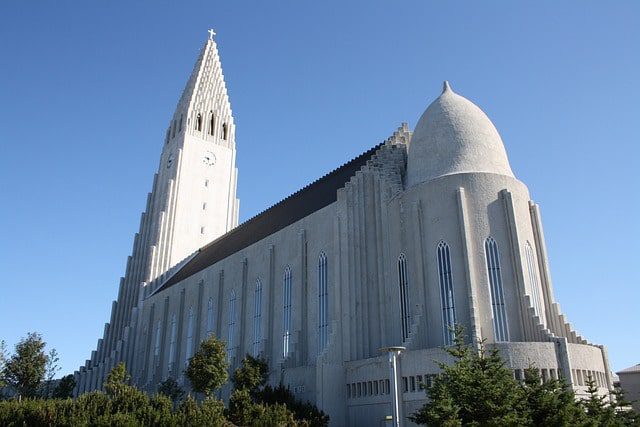 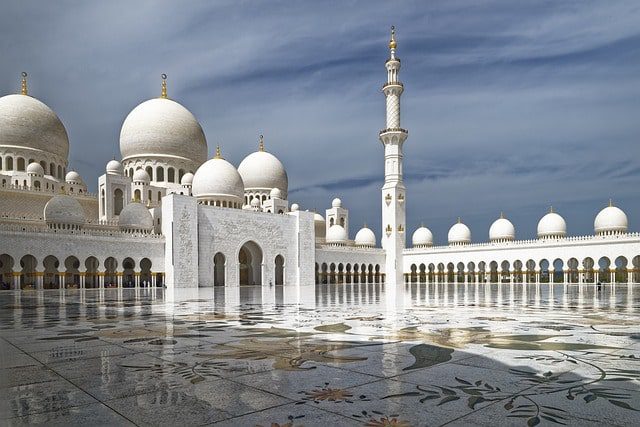 The Shaykh Zayed Grand Mosque, which is situated in Abu Dhabi, the nation’s capital, is the biggest mosque in the United Arab Emirates. The building complex occupies over 30 acres of land and boasts a whopping 82 domes of all sizes and four 351-foot minarets. To coordinate with the Kaaba—the Muslim Holy House in Mecca, Saudi Arabia—the mosque’s axis is rotated to about 12 degrees southwest.

The late president of the UAE started the mosque construction project. His intention was bringing together the various Muslim cultures around the world to be reflected in the building’s design and artwork. The mosque, which has been voted the second most popular monument in the world for two years in a row, can hold 40,000 worshipers. The largest prayer hall can accommodate 7,000 people, and the other two smaller ones, 1500 each.

The mosque’s courtyard features a floral motif that has led to speculation that it houses the largest marble mosaic in the entire globe. The largest carpet in the world can be found in the main prayer hall and was woven by Iran’s Carpet Company. This mosque is decorated with seven imported chandeliers from Munich, Germany; together, the chandeliers contain millions of Swarovski crystals. 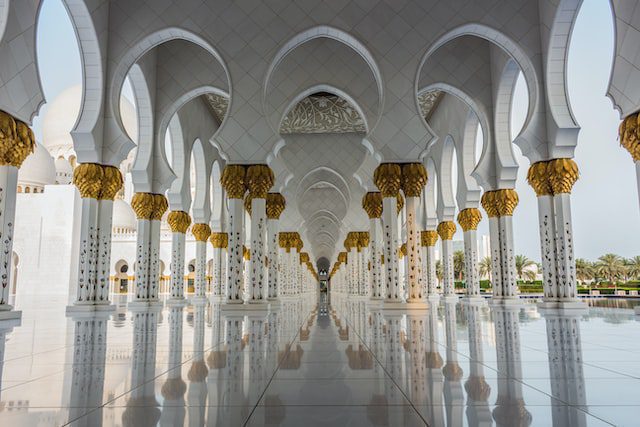 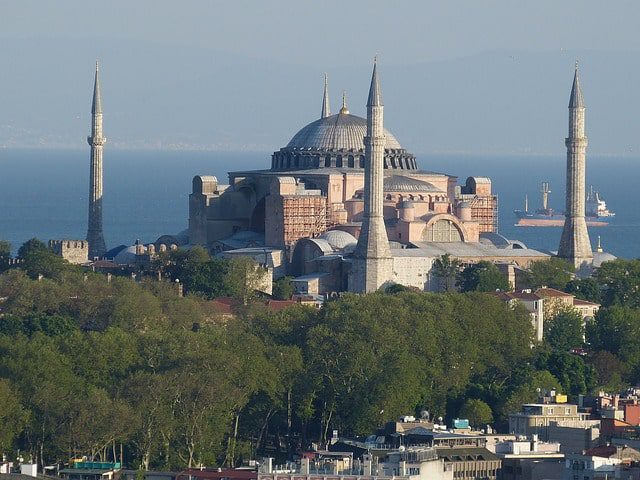 Hagia Sophia is a symbol of faith, culture, and history. From 360 A.D. until the Ottoman Empire’s conquest of Constantinople in 1453, the cathedral was a Greek Orthodox church. From that point until 1935, it served as a mosque before becoming a museum.

In 2020, it became a mosque once more. Its official name before it became a mosque was the Church of the Holy Wisdom. At the time, it was the largest interior space in the world. It was also one of the first buildings to use a completely pendentive dome (an architectural design where an elliptical or circular dome is placed over a rectangular or square room). Bells, altars, and baptistery were removed from Hagia Sophia during its initial conversion to a mosque.

The four minarets, the mihbar, and the minbar of Islamic architecture were added. Mosaic depictions of saints, angels, Mary, and Jesus were also plastered over. The design of a central dome and the buttresses of two semi-domes of the Hagia Sophia have been imitated in many other religious buildings (churches, mosques, and synagogues). 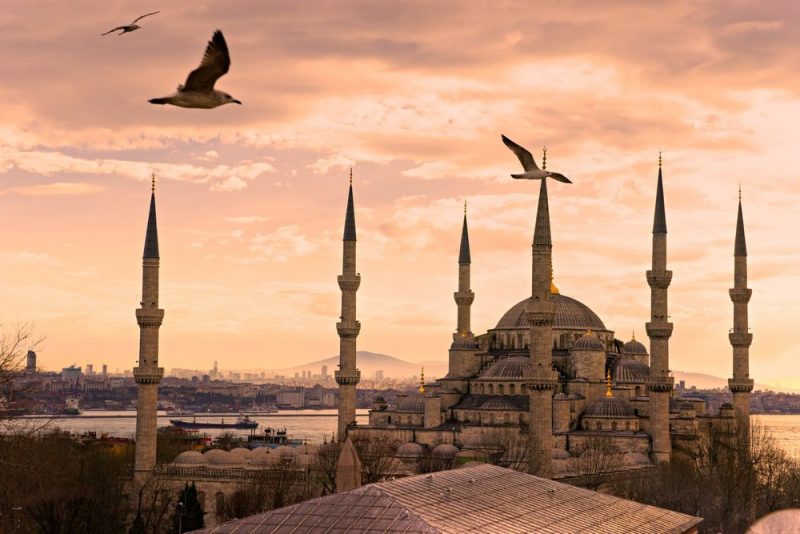 Tourism is not always restricted to natural features, parks, and predominantly historical sites. Religion is very important in man’s culture. More often than not, the religion practiced by a certain group of people is entwined with the people’s history. This entanglement can be seen in the stories surrounding some of the places of worship mentioned above.

If cultural tourism interests you, you should give religious tourism a shot too. Places of worship across the world carry a lot of stories that they cannot wait to share with you.