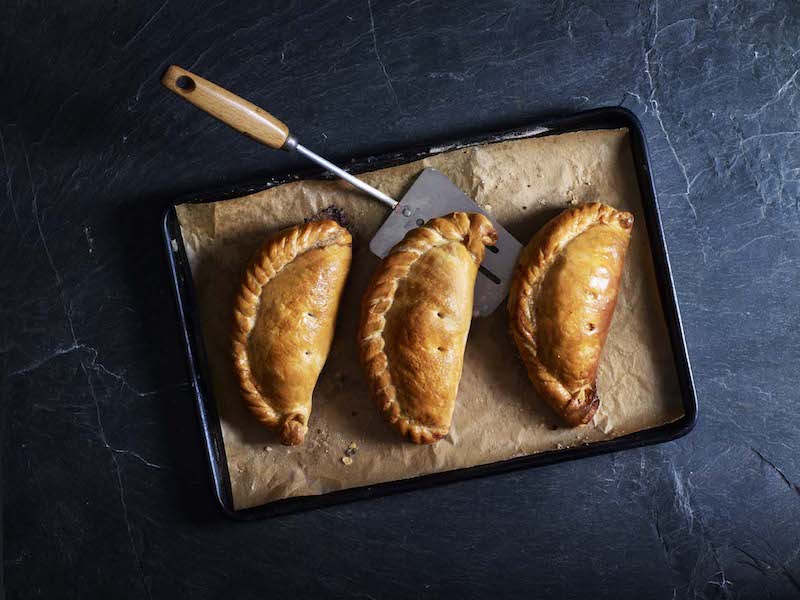 What makes a great Cornish Pasty? In recent years, this traditional British food has been changing to accommodate modern tastes, with vegan, vegetarian, and gluten free versions being produced. Yet, demand for the most traditional of all Cornish pasties has never dropped.

Exported around the world, and a mainstay of pub meals throughout the UK, Cornish pasties never lose their appeal.

The History of the Cornish Pasty

The majority of Cornish pasties are based on age-old recipes, passed down through generations of Cornish people. Each pasty is made using an uncooked filling of beef, potato, swede, onion and seasonings, placed on a half of a short-crust pastry circle. The pastry is then folded in half in a D shape, and sealed by hand crimping the edges.

Cornish pasties are eaten hot or cold. Cornish tin miners used to eat them for lunch – and these were not snacks, but large pasties creating a standalone meal with nothing extra needed.

Genuine Cornish pasties have to be made in Cornwall. The name and style has PGI status (protected geographical indication) due to their special links with the area. Cornish pasties are still sealed by hand, with skilled crimpers able to seal dozens per minute.

By far the most popular of all Cornish pasties are the traditional ones containing beef – preferably a cut of boneless beef known as a skirt. The world’s first drive-through bakery selling Cornish pasties has been set up in Portreath. 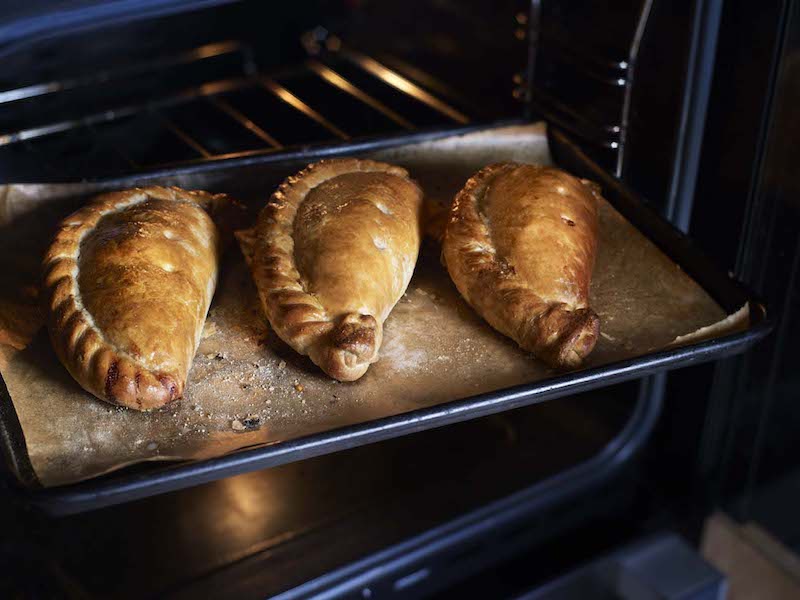 Inevitably, other variations have appeared. The adjacent county of Devon often has pasties crimped along the top rather than sides.

Simon Bryon-Edmund at Devon based Chunk of Devon says, “A pasty, in all its golden flaky glory, is a thing to be revered. More than a sum of its parts, a traditional pasty evokes childhood memories of holidays in the West Country.”

Whilst a Cornish Pasty comes with a strict set of rules, across the border in Devon we like to have fun with the fillings. As winners of ‘Britain’s Best Pasty’ twice, we pride ourselves on creating the most delicious pasty possible.”

Cornish pasties have even influenced the English language. There is a chant, often heard at sports grounds, ‘Oggy, oggy, oggy’ which is thought to have its origins in the arrival of pasty sellers with their baked wares. The usual acknowledgement from miners was Oi, Oi, Oi.

The heritage surrounding these popular delicacies is celebrated every year in Cornwall. A special week of events culminating in a World Pasty Championship is held annually in February, and during the summer regatta week a giant pasty is paraded between Polruan and Fowey.

Attempts have also been made to create notable Cornish pasties. For instance, the largest Cornish Pasty ever made was produced in August of 2010. It weighed a massive 1,900 lb.