Home Travel Europe The History and Connection of Naples, Italy and Pizza

Nestling in the shadow of Mount Vesuvius in Italy, Naples has been a magnet for food lovers for generations, drawn by the delights of its most famous export: pizza. Pizza is so important within Naples that UNESCO has placed it on its intangible cultural heritage list.

A Slice of History

Pizza has been eaten in Naples for centuries. By the early nineteenth century, visitors were already coming to Naples to try the pizza. The Italian State Archives report that by 1807, there were already 54 dedicated pizzerias in the area.

It began as a dish of the poor, rapidly extending its popularity across all social groups, although not everyone was a fan of pizza. Samuel Morse, inventor of the telegraph, visited Naples in 1831 and wrote “species of the most nauseating cake, covered with slices of tomatoes, and sprinkled with little fish and black pepper and I know not what other ingredients, it altogether looks like a piece of bread that has been taken reeking from the sewer.” 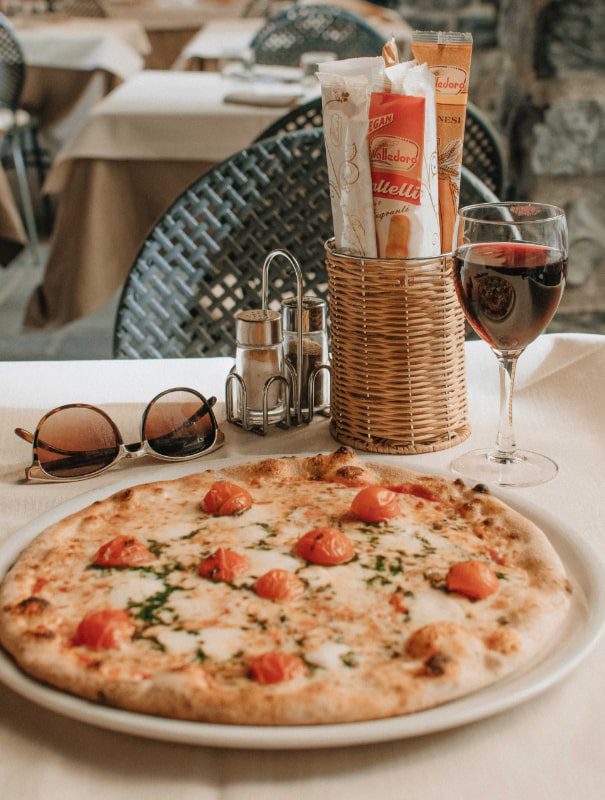 The Creation of the Classic Pizza

The classic pizza was created in 1889 when King Umberto I and Queen Margarita of Savoy visited Naples. A local chef, Raffaele Esposito, created a special pizza for them bearing the colors of the Italian flag – red tomatoes, white buffalo mozzarella, and green basil leaves – and named it Pizza Margarita in her honor. It quickly became a universal favorite.

This was at a time when many Neapolitans were emigrating overseas, particularly to America. They took their favorite food with them and by 1905, Lombardi’s of New York had begun creating pizza. 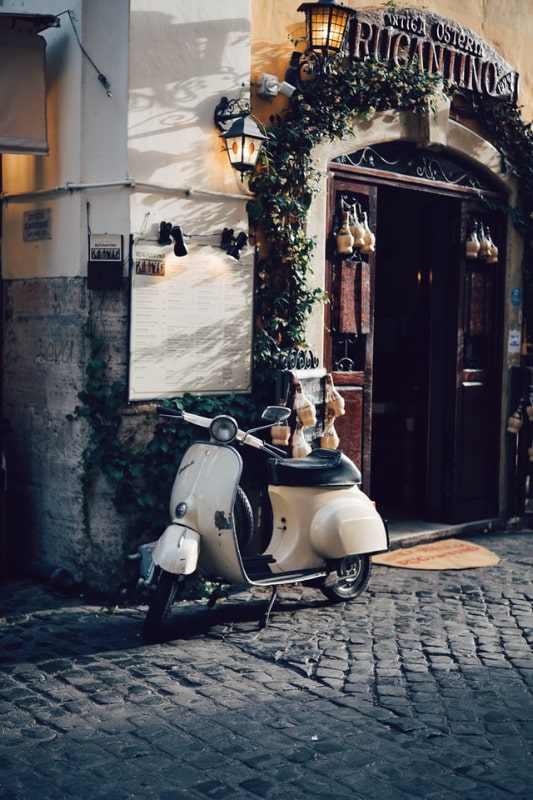 Nowadays, Naples and pizza are synonymous. There are over 800 pizzerias throughout the city, selling a vast array of pizzas. Visitors to wanting to try the best pizzas in Naples, need to seek out signs for Vera Pizza Napolitana. This guarantees quality as the pizzas are made by members of the Associazione Verace Pizza Napoletana.

Members have to abide by strict production rules. Every pizza has to be baked in a wood fired, domed oven. The pizza must be hand kneaded, not rolled with a pin or prepared by any mechanical means.

The dough has to be rolled with fingers and served no more than 1/3 cm thick, 35 centimeters in diameter. The pizzas also have to utilize the key ingredients that make a true Neapolitan pizza. These are San Marzano tomatoes or Pomodorino del Piennolo del Vesuvio (tomatoes grown on or near Vesuvius), together with Mozzarella di Bufala Campania and Lazio, or Mozerra STG cows milk mozzarella.

You cannot book a table at a pizzeria in Naples – you just queue and wait your turn. 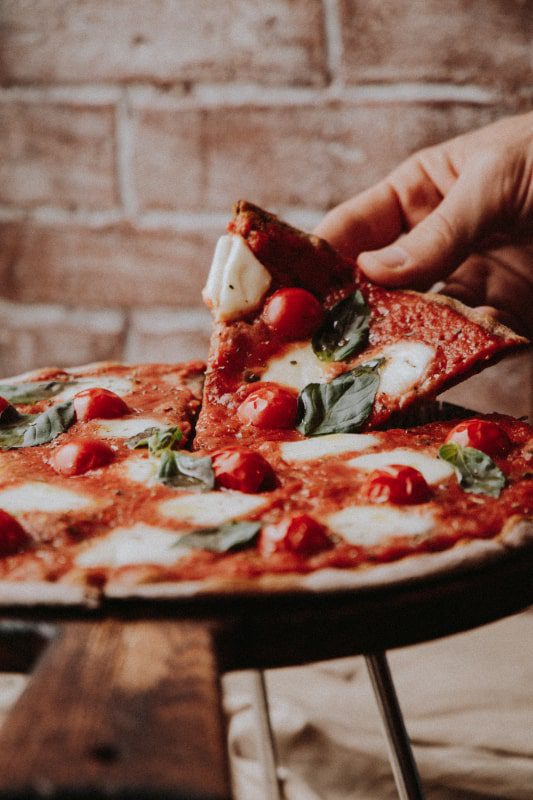 The Famous Pizzerias of Naples

Da Michele is by far one of the most famous of all pizzerias in Naples, and numbered tickets are issued to diners to ensure that the restaurant doesn’t get too busy. A family firm, it began trading in 1870 and promises pizza’s ‘made with tradition and passion’.

Anyone wanting a wide choice of toppings should not go to Da Michele. In order to ensure total quality, there are just two pizzas on the menu: Margherita and Marinara.

Starita is another long-established pizzeria dating back to 1901. A fourth-generation family company, it featured in the film L’Oro de Napoli starring Sophia Loren. With exposed brick walls and red pizza ovens, it has a definite period ambiance. A much wider range of pizzas are on offer including porcini mushrooms and truffles.

Located close to the church of San Lorenzo on the Via dei Tribunali, Di Matteo opened in 1939. As well as eating inside, there is a tiny takeaway counter opening to the street. Di Matteo is famous for its pizza portofoglio (pizza folded to make a pouch), but all its toppings are totally traditional. Bill Clinton was seen enjoying pizza here during the 1994 G7 summit.

For something slightly different in Naples, try Ciro Oliva at Concettina ai Tre Santi where experimental ideas such as Terra Mia (potatoes, broccoli, lardo, red wine reduction) are served along with the Neapolitan classics.

Alternatively, head for Da Attilo in the Pignasecca market. Popular with locals and tourists since it was founded in 1938, it complements traditional pizzas with a signature Carnevale. This is a star-shaped pizza with tomato, sausage and mozzarella, with ricotta cheese folded into the crust.