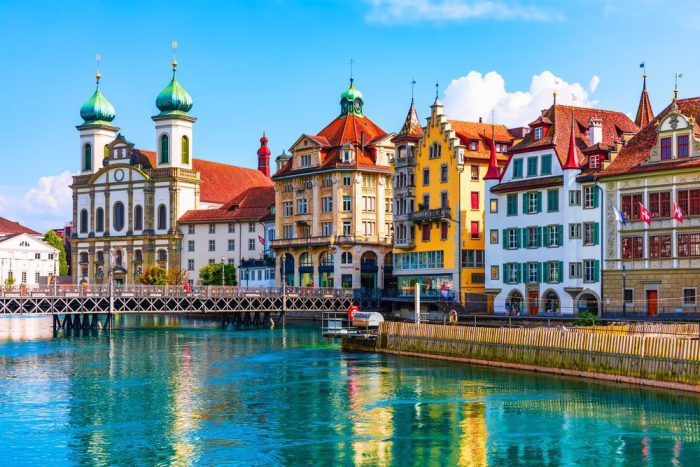 The Canton of Lucerne is one of 25 cantons of Switzerland, and Lucerne is its capital. German is the primary language spoken in this region.

The city of Lucerne is a picturesque one, located in central Switzerland. Its proximity to Mounts Pilatus and Rigi in the Swiss Alps, and accessibility of day trips to cities like Zurich make it a popular tourist destination. Whether you’re visiting Lucerne in winter or in warmer months, you’ll be greeted with stunning views and great food.

Lucerne first received its boost as a popularized tourist destination back in 1868 by Queen Victoria. The Queen was still mourning her late husband, Edward, and spent five weeks in Lucerne as a reprieve from her suffering.

Today, many flock to Lucerne as a top tourist destination.

Curious about the must try foods in Lucerne? Simply follow this guide and experience the best of Swiss cuisine on your visit to Lucerne, Switzerland. 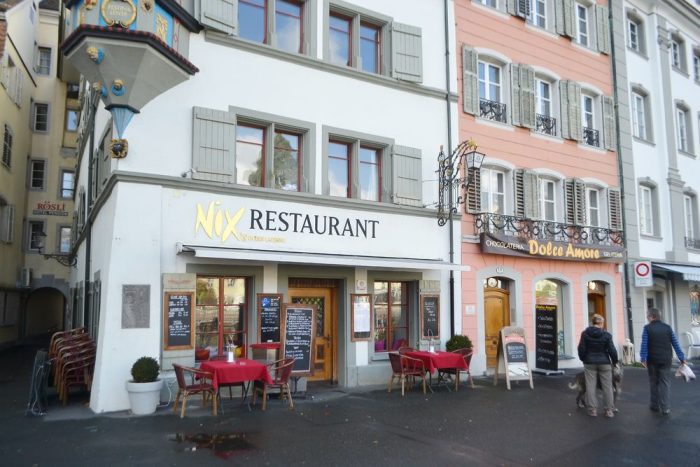 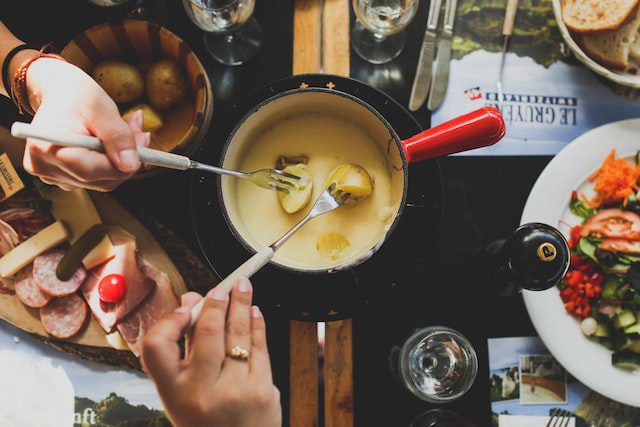 Of course, no list of must try foods in Switzerland would be complete without mention of cheese fondue. Typically made with melted Gruyere and Emmental cheeses, fondue is best known as a communal dish. It is served in a hot pot, kept over a small flame, and with a variety of breads and veggies to dip using long fondue forks.

Lucerne offers outdoor fondue restaurants as well. Having cheese fondue outdoors is a great way to stay warm and also helps to keep the smell of cheese from settling into clothing. 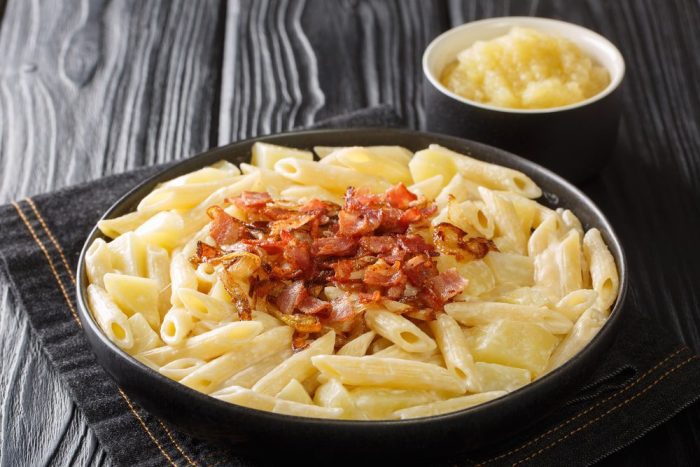 It’s also known as herdsman’s macaroni and was originally put together by ingredients available to the herdsmen who watched over the cows grazing on Alpine pastures. It’s filling, warming and certainly a must try food in Lucerne. 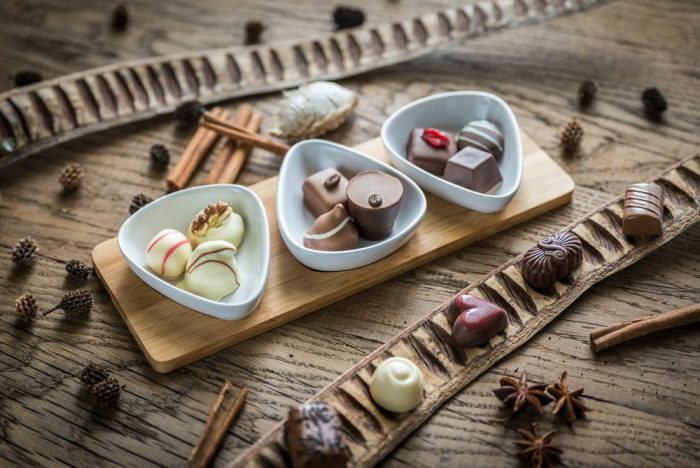 Chocolate-making is an art and when in Lucerne one finds this art comes alive at Max Chocolatier. In addition to many interesting flavors and varieties of real Swiss chocolate, they also serve ice cream and coffee.

To learn more about the history of Swiss chocolate, consider a visit to the Swiss Museum of Transport for their beloved and informative chocolate tour. This tour is actually a fun ride that unveils the origins of modern-day Swiss chocolate.

The gift shop at the Swiss Museum of Transport also offers quality Swiss chocolate made fresh by the in-house chocolatier. 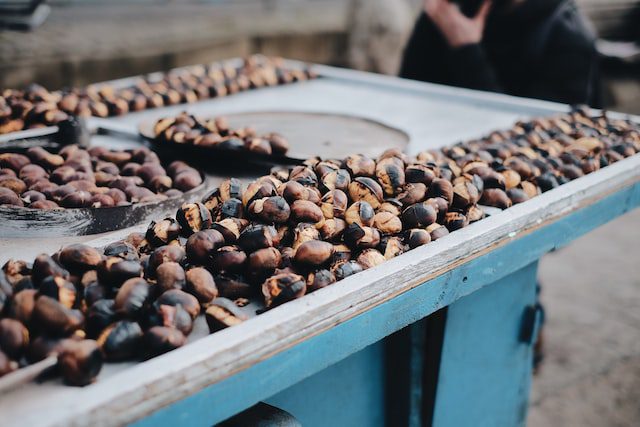 Only available in Lucerne in winter, roasted chestnuts are a delightful snack to try. Buy a packet to enjoy as you window shop in the area. You’ll find them being sold at stands across the city, including one in Old Town near the famous Chapel Bridge.

In fact, this one stand in particular was even visited by tennis star Roger Federer. Unter der Egg is a chestnut stall in the city center of Lucerne where Federer and his family were photographed.

Well known during the winter season, glühwein is the mulled wine available at Christmas markets across Europe. While it’s typically served as a beverage, Lucerne offers its unique take on glühwein with this dessert — gluühwein mousse.

Gluühwein mousse is essentially an airy mousse that has been flavored with spiced red wine, giving the dish its signature light pink color. It’s available on the menu at Restaurant Schiff, and best ordered to share since portions are quite large.

For potato-lovers especially, rosti is a must try food in Lucerne. Rosti is similar to the American hashbrown. It’s made with coarsely grated potatoes, shaped into potato pancakes and pan-fried to a crisp finish. Rosti is often served with cheese, onions or even a fried egg and is usually served as a side dish. 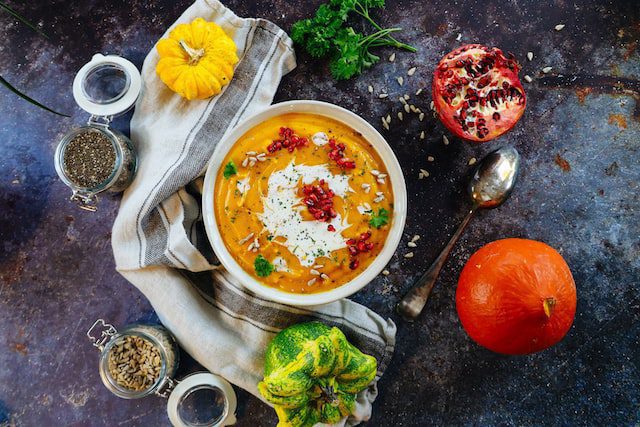 Especially served in winter months, zuppa di zucca is a traditional pumpkin soup. It can be served either as an appetizer or an entree and is popular in restaurants in Lucerne that focus on serving local cuisine. It is most often served with bacon and toast.

This meat pie is a historic specialty of Lucerne dating back from the 18th century. The ornate, dome-shaped puff pastry is filled with creamy sauce, mushrooms, veal and sausage meat.

It was traditionally consumed on January 2 to celebrate Bärteli-Essens, but is now readily found on most restaurant menus within Lucerne. It’s the perfect comfort food to try when visiting Lucerne.

The literal translation of Heusuppe is ‘hay soup,’ and it’s quite a natural dish. The ingredients include mountain flowers, herbs and yes — actual hay (although the hay is removed before serving).

The soup also includes cream and butter. Heusuppe is a traditional mountain dish, and this simple meal is often served on wooden trays as an homage to a rustic atmosphere. 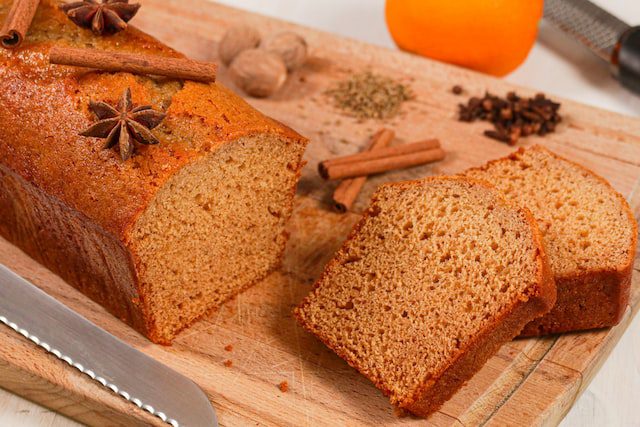 This gingerbread cake is a Lucerne specialty and a must try when visiting the Lake Lucerne region. What makes this version of gingerbread cake is the use of a pear syrup in place of the more traditional honey. It’s a typical spice cake for the Christmas holiday season in Lucerne.

There you have it, the top 11 must try foods in Lucerne, Switzerland. So much of a destination’s culture is experienced through its local cuisine. These 11 dishes unique to Lucerne and to Switzerland offer a delicious glimpse into Swiss culture.