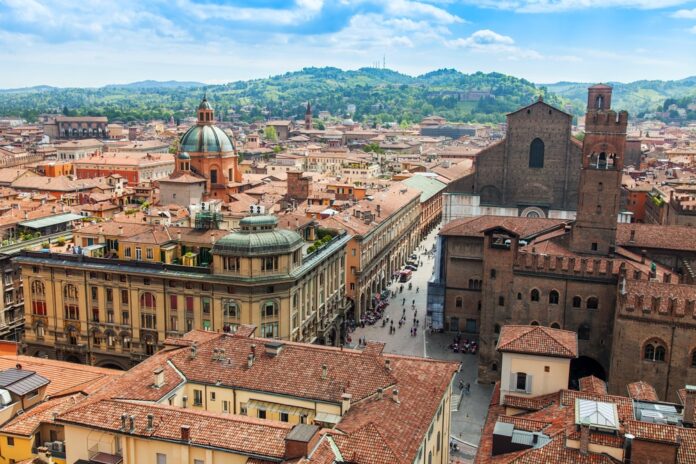 Famed for its food, it can be hard to choose between Italian cities as to the best foodie destination. For many people seeking gourmet food, the answer is always Bologna. Located in the Emilia-Romagna area of Northern Italy north of Florence, it is a city where food is definitely all-important. Below, discover the best food destinations in Bologna, Italy, including the best food markets and the foods you must try during your visit. 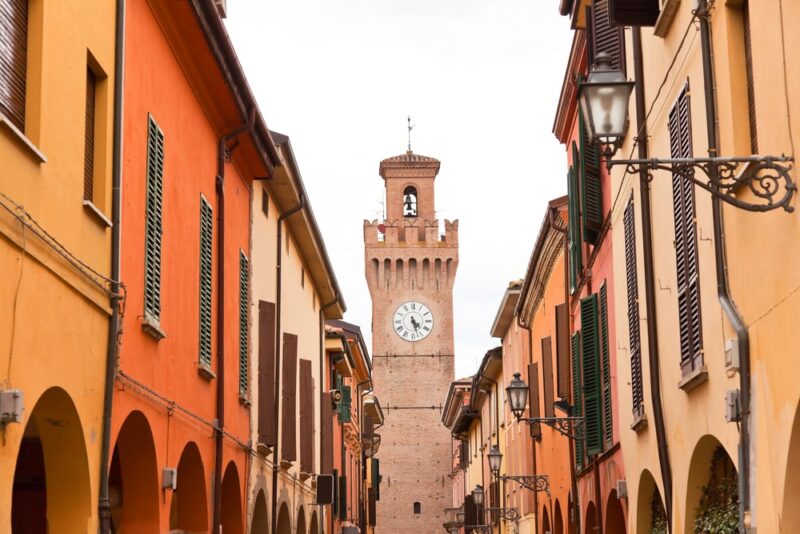 Merely strolling through the historic Quadrilatero Market, with its numerous little lanes containing food shops and restaurants in the very center of the city reveals countless gourmet delights, with appetizing aromas drifting from almost every building.

This is the epicenter of food retailing in the city. Here, visitors will find extensive selections of local delicacies, fresh fish, cured meats, cheeses, balsamic vinegar, fresh pasta, and sweet treats.  It is almost impossible to avoid entering every single store!

Equally irresistible is the Mercato delle Urbe, founded in 1910 and extensively renovated in 2014. Centered around a piazza, it is now visited by thousands of people everyday intent on meeting friends, relaxing in wine bars and restaurants as well as buying delicious food from the numerous stallholders.

Almost every restaurant in the area is guaranteed to provide good, home cooked food for example Osteria dell’Orsa on Via Mentana is popular with local residents and offers very delicious home-cooked Bolognese dishes.

If you are looking for takeaway food, then there is no better choice than Ragu on Via Goito. Choose from a range of freshly prepared pasta dishes such as balanzoni, tortellini and tagliatelle.  The boxes of steaming hot, silky-smooth pasta are much in demand and there are lots of piazzas close by where you can sit and eat while soaking up the local colour.

Among the best venues is the Osteria del Sole, one of the oldest inns in Bologna dating back to 1465.  This is a great place to sit, drink and chat, you do need to bring your own food. Luckily close by is a delicatessen selling meats, cheeses and bread along with a variety of snacks.

What are the specialties that you should seek out when in Bologna?

Whatever you do – don’t ask for Spaghetti Bolognese! That is almost guaranteed to annoy. Instead seek out Tagliatelle al Ragù which is the local specialty. Unlike the round elongated lengths of spaghetti, Bolognese Tagliatelle comprises thin, almost transparent strips of fresh egg pasta, each strip being less than half an inch wide. 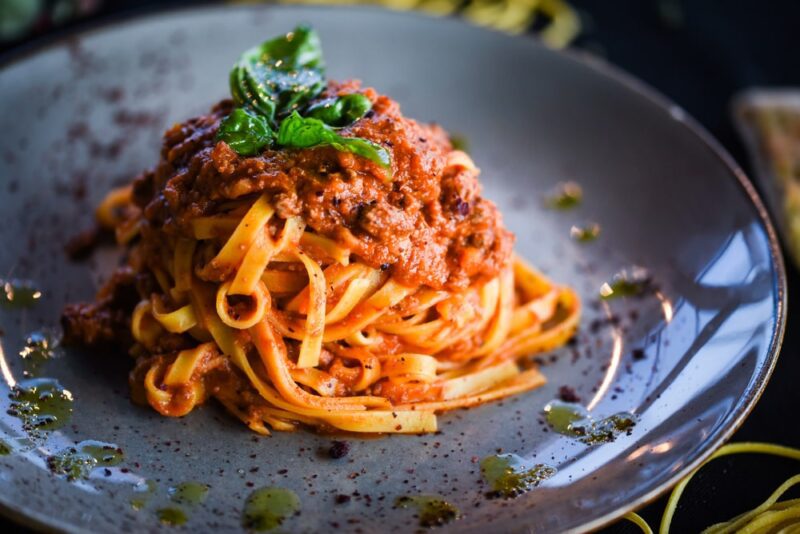 According to local tradition, this width measures exactly 12,270th of the height of the Asinelli tower within the city. Always cut by hand using a sharp knife. Bolognese becomes taglioni if too thin, or papardelle if too wide.

Once cooked, the tagliatelle is served with a special Ragù sauce. Regarded as being crucial to the gastronomic heritage of Bologna, the recipe for the sauce has been copyrighted and placed in the Bologna Chamber of Commerce. It forms the gold standard of Ragù sauce and is quite a complex recipe.

The Ragù ingredients include milk, butter, white wine, carrots, celery, onion and, most importantly, a mixture of beef and pork. The beef and pork mixture has been cooked for two hours before adding to the other items in the sauce. 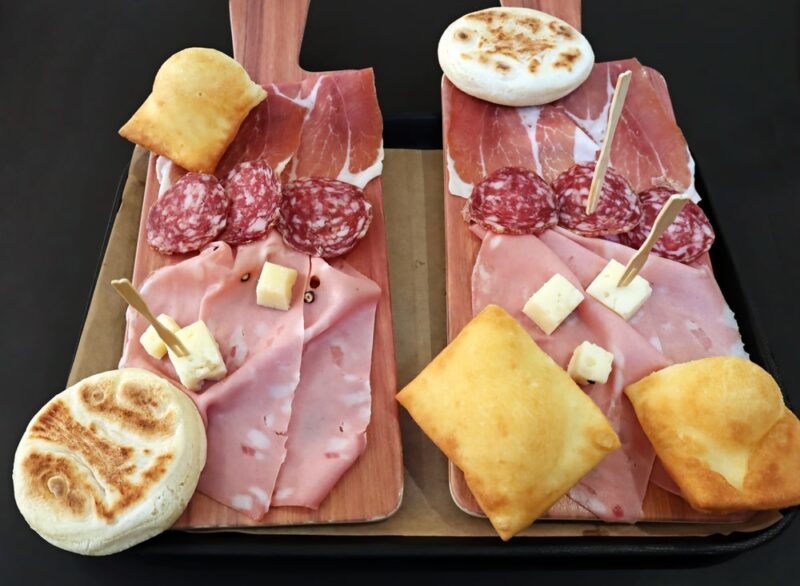 Mortadella salami is another Bolognese specialty and is protected from production elsewhere by IGP branding (protected geographical indication). It is often served with crescentina, a deep-fried puff of bread. The bread is sliced open and served warm. A slice of mortadella placed inside so that the salami melts a little before eating.

Mortadella also often added to tigelle, little flat discs made from flour and water cooked on an iron mould and branded with unique markings. Apart from Mortadella, tigelle are served with prosciutto ham, or Speck. Speck is a slightly fattier version available locally.

Parma Ham is produced in the nearby city of Parma, while another city in the area is a centre of traditional balsamic vinegar.

Identifying local specialty cheese is easy – just seek out some Parmigiano Reggiano.  Bologna is the center of Parmigiano production, as it is a protected product of the region. It takes years to mature, and the taste is exquisite.

Another local specialty is Squacquerone, a freshly made cheese similar to ricotta. Squacquerone is eaten fresh within three days of production. It is often served with hot breads like piadina where it is allowed to melt to a creamy consistency before being topped with arugula.

Complete the meal with a local sweet dessert, torta degli addobbi. Torta degli addobbi is a type of baked rice pudding flavored with oranges and almonds and topped with a glaze of almond liqueur.  It also contains rum and lemon zest.

When to visit Bologna?

Above all, aim to be in Bologna in the autumn. The autumn season is when the highly prized white truffle season and special gourmet experiences are often available.

The Most Festive German Christmas Markets

Most Photogenic Bakeries in Connecticut

Meet the First Hotel Group in Australia & Hong Kong to...