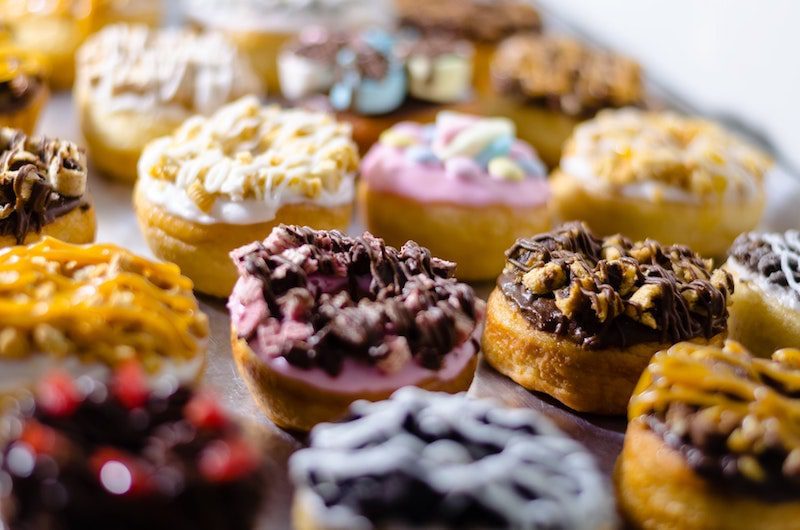 No matter if you’re looking for a classic chocolate frosted, or a more innovative flavor like peanut butter and jelly, these six best doughnut shops in Connecticut will have something for you.

Neil’s Donuts is a New York Style bakery known for its homemade doughnuts. Neil’s was one of two donut shops to be names “Best Doughnuts” in CT Magazine’s Best of 2020 list.

Their flavors range from nostalgic to modern. Neil’s serves classics like chocolate frosted and glazed crullers as well as some modern twists such as chocolate buttercream filled and blueberry crumb. 203-269-4255

Beach Donut Shop so took home the coveted title of “Best Doughnuts” from the 2020 edition of CT Magazine’s Best Of CT list. Nestled inside of a strip mall with an unassuming brick exterior, one might easily pass by this gem. Those in the know, however, always make a stop at Beach Donut Shop.

Each doughnut is made by hand in classic flavors such as double chocolate, sprinkle frosted, and cinnamon sugar. Beach Donut Shop now delivers to Westbrook, Old Saybrook, Clinton, Madison, Essex, and surrounding towns. 860-664-5058

While everyone loves an old-fashioned donut flavor, there is something to be said for taking classics to the next level. As the name implies, Donut Crazy offers a surprising and ever-rotating menu of unexpected flavors.

With options like Salted Caramel Pretzel, Cannoli, and Stuffed Strawberry Pop Tart, you will have a hard time deciding which exciting new flavor to try. Donut Crazy can be found throughout CT at multiple locations in Branford, New Haven, Shelton, Stratford, West Hartford, and Westport. 203-293-4655 (Westport)

Dottie’s Diner has been a local favorite for homemade donuts even before its incorporation! A long time local restaurant called Phillips Diner actually created the buzz around these donuts.

When Dottie’s bought their first location in Woodbury from Phillip’s Diner, they bought the donut recipe with it. Much to the delight of the locals, now everyone can still enjoy what have been called “the best donuts in town” for decades. 203-263-2516

For those with a lighter appetite, consider a visit to Tastease in Hartford. Tastease specializes in mini donuts which are both as adorable and as delicious as they sound.

Pumpkin, Apple Streusel, Peanut Butter and Jelly, and Lemon Cream are some of the flavors Tastease has to offer. 860-233-2235

Coffe An is where the locals go to get a great cup of coffee and a delicious homemade donut. What better way to start the weekend?

This donut shop has a delightfully “old school” vibe and has been a favorite in the neighborhood for quite some time. They specialize in classic flavors paired with a laidback atmosphere. 203-227-3808

Tips for Booking a Cabin in Gatlinburg

Sober-Friendly Activities to Do in Miami

5 Tips for Better Sleep While Traveling

Connecticut’s Pick Your Own Farms