The Super Bowl is just around the corner, and you’re starting to get excited. It’s time for the big game! Whether you’re hosting a party or going to one, you’ll want to have some great food and drinks. But what about the games? We all know that it’s not a true Super Bowl party without some good old-fashioned football games. This article will discuss some expert tips to make your Super Bowl Party more fun. Here is the list:

This year, virtual reality is all the rage. If you want to really up the excitement level at your Super Bowl party, consider using VR. You can either use headsets or watch on a big screen. There are several different Virtual Reality games that you can play, and they are sure to get everyone excited.

If you’re not familiar with VR, be sure to do some research before the party. You don’t want people to be confused or scared by it. Make sure that you have enough headsets for everyone and know how to use them. Also, try training people on some of the games before the party. That way, they will be able to jump right in when it starts.

Another great way to make your Super Bowl party more fun is by playing some classic football games. This can include games like touch football or even tossing the ball around. Not only will this help to get everyone excited for the game, but it will also give people a chance to burn off some of that Super Bowl food.

If you’re playing touch football, be sure to set some ground rules beforehand. You don’t want anyone getting hurt, so make sure that everyone is playing fair. You can either play one-on-one or in teams. If you’re playing with a big group of people, consider setting up multiple games simultaneously.

Commercial bingos are a great way to keep people entertained during the Super Bowl. You can print out sheets with all the commercials or make them on index cards. Then, everyone can take turns picking one and watching it. If someone sees something on their sheet, they can mark it off. The first person to get five in a row wins.

This is an excellent game for people who want to watch the commercials but don’t want to miss any action. It’s also a great way to keep track of all of the different ads shown. Be sure to print out enough sheets for everyone at the party.

Give Out Swag Bags

Swag bags are a great way to add some fun to your Super Bowl party. You can have everyone bring something, and then put it all together in one big bag. Then you can give the bag out as a prize for getting something right during the game or just randomly throughout the night.

Swag bags are a lot of fun because they allow people to get a little bit of everything. You can put anything in them, from hats and T-shirts to snacks and drinks. Just be sure to pick something that everyone will like. Ensure that the stuff in the swag bag is something you can hand out multiple times. Also, make sure to put some items in there that are bigger than they seem, so people have room to add more things if they want to.

Allow Betting on the Super Bowl

One of the best ways to make your Super Bowl party more fun is to allow betting on the game. This can add an extra layer of excitement and competition to the party. You can either have a pool where people bet on who will win, or you could even set up some wagers between friends. Be sure to set some ground rules before you get started.

Besides this, you will want gamblers to cash out on their bets before the game ends. If you incorporate Bet365 in your super bowl, you can learn how to cash out on Bet365 and make sure all is done safely and professionally. Sometimes it becomes frustrating if people can’t win or cash their bet, so make sure you have a system to address this. Make sure that you keep your bets fair and even.

Another great way to keep people entertained at your Super Bowl party is by doing some trivia. You can either make up questions yourself or use a free online program that generates them for you.

If you’re playing with friends, consider splitting everyone into two teams and then having the team captains pick their teammates based on who they think will do best. If you have a lot of people at your party, consider having two separate trivia games going on at the same time. Be sure to give everyone some advance notice before starting to prepare themselves and study up. You want this game to be fun for everyone, not stressful or awkward.

You’re going to have a lot of people over, so it’s only natural that you want them to enjoy themselves. One way to do this is by introducing some drinking games into the mix. Drinking games is among the fun things to do with friends this festive season. For example, one fun game is called ‘drink when.’ Every time someone says a certain word in the broadcast, they must take a drink. You can also have a drinking game where you take a drink every time someone does something that you predict they will. For example, if an attempted field goal and the kicker misses it, everyone takes one drink.

Introducing drinking games can make the game more exciting, and it can also help to lubricate your guests. You will want to keep an eye on how much people are drinking to avoid any problems. If possible, keep some non-alcoholic drinks on hand for those who don’t want to drink.

Bring Out the Board Games 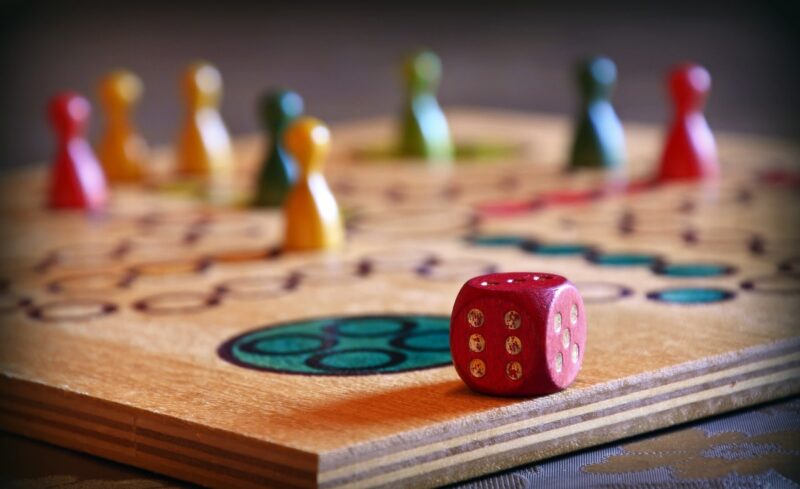 Board games are a great way to make your Super Bowl party more fun for everyone involved. It’s not just about playing with friends or family either; you can also play board games against each other! If that sounds boring, consider having some prize at the end of the night for the winner.

There are a lot of different board games that you can choose from, so be sure to pick one that everyone will enjoy. You can also mix and match games, depending on how many people are at your party. Just be sure to set some ground rules beforehand so that everyone knows what’s going on.

It’s essential to have many different activities planned for your Super Bowl party. If you choose various games and activities, you will entertain everyone no matter what they’re doing. You can use the above suggestions as a starting point but be sure to add your ideas. That way, your party will be truly unique and unforgettable.

How To Protect Your Space from Various Pests

Four Things to Consider When Upgrading Your Heating System

Looking into Lifestyle Factors that Contribute to Aging